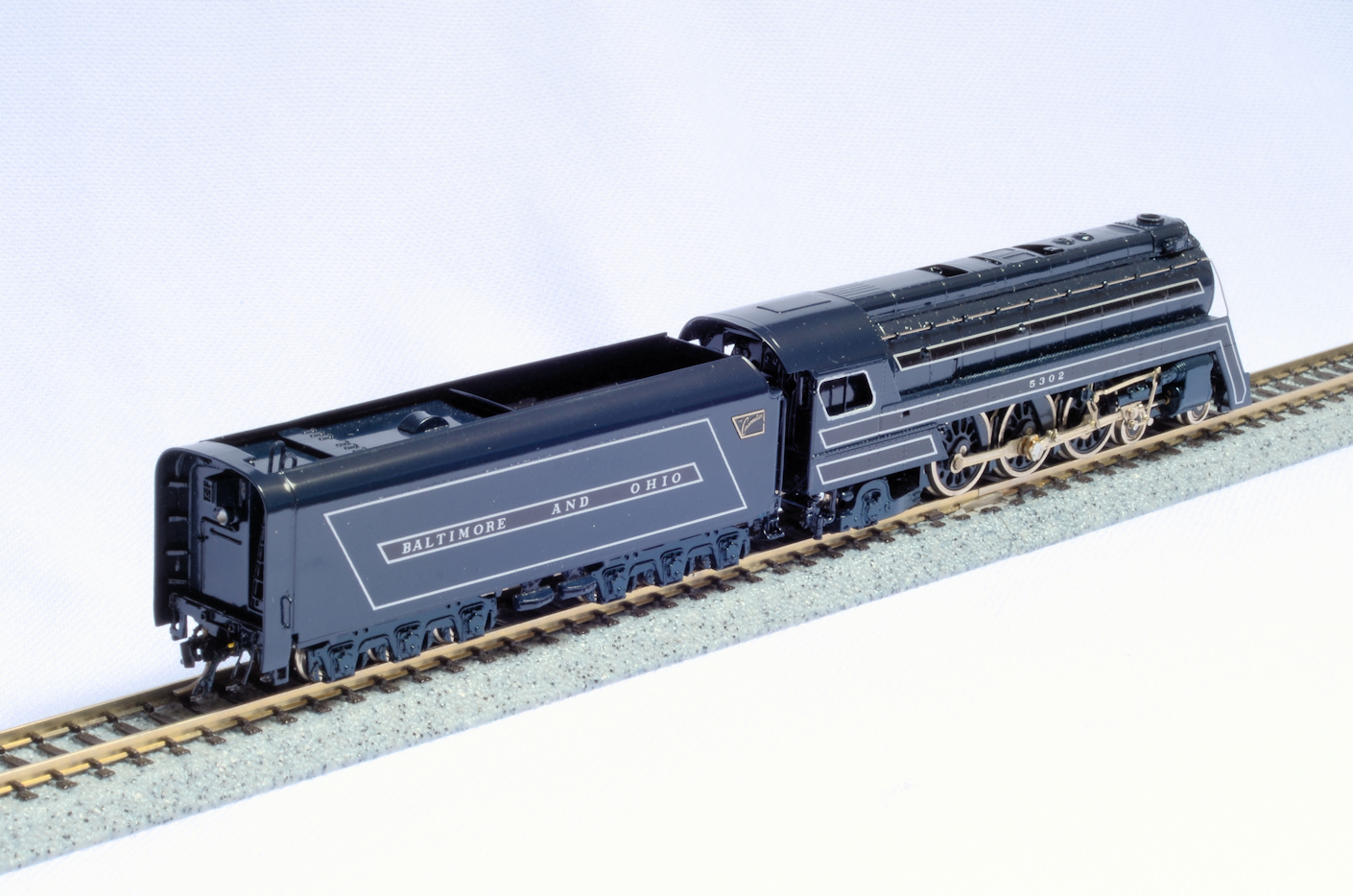 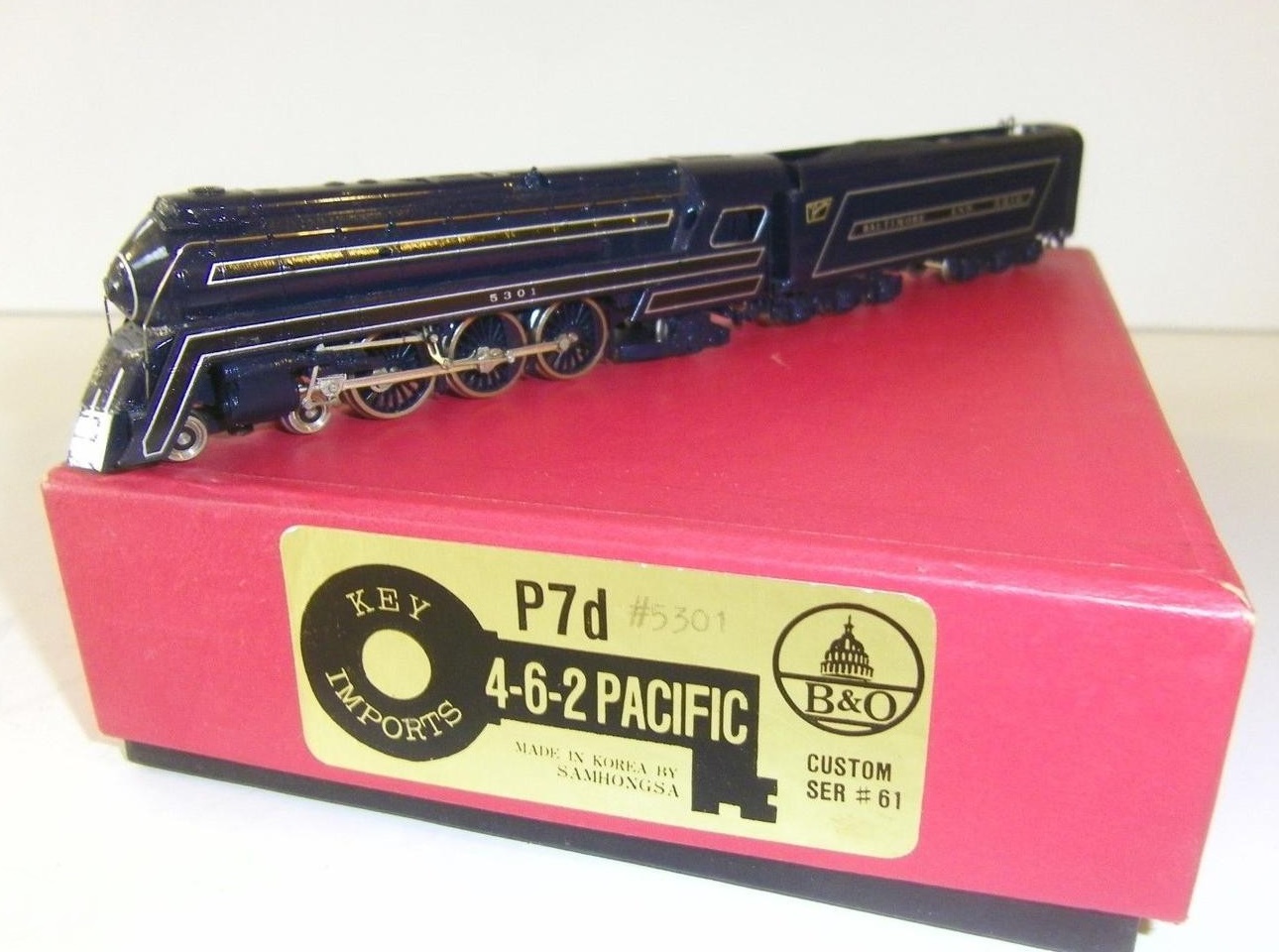 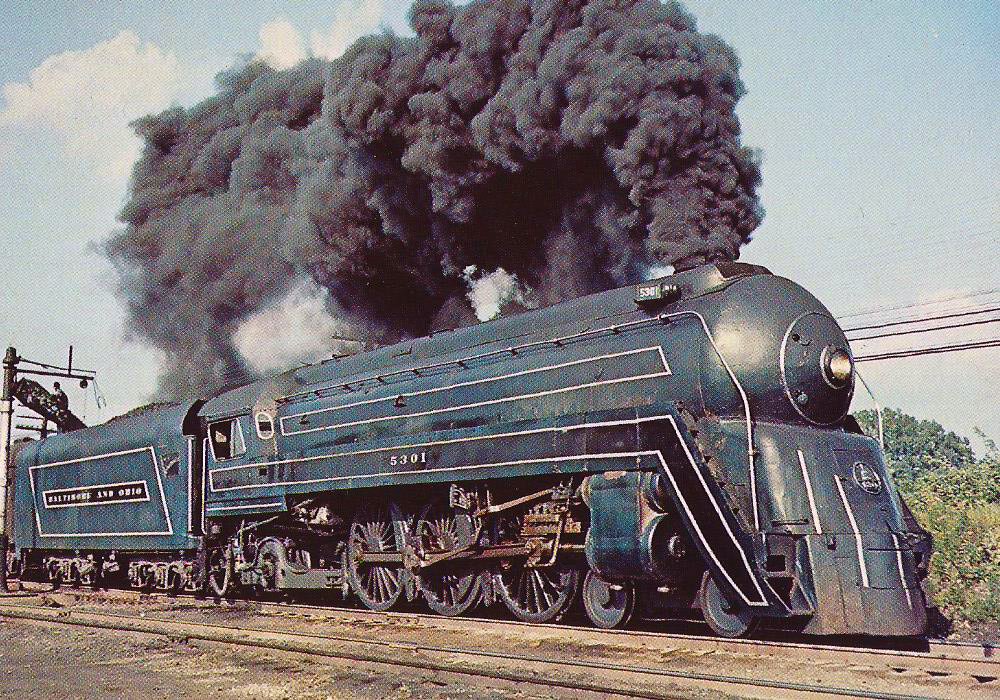 B&O class P-7 is a 4-6-2 'Pacific' type steam locomotive, built by the Baldwin locomotive works in 1927 for the Baltimore & Ohio Railroad. 20 were produced and numbered #5300 to #5319. This type became known as the Presidential Class since all twenty were named (and lettered) after the first twenty presidents of the United States.

This locomotive was assigned on passenger trains and, as the first of the type built, it was (co-incidentally) named "President Washington", after George Washington, the first President of the United States who was President from 1789 through 1797. It was unveiled at the "Fair of the Iron Horse" in 1927.

The P-7s initially hauled the Royal Blue trains between Washington DC and Jersey City, NJ, but they were soon relegated to the western division by the B&O's early dieselisation in the 1930s with the EMC EA/EB units.

In 1947, the Baltimore and Ohio Railroad rebuilt four of its class P7 "President" series Pacific 4-6-2 passenger locomotives (numbers 5301-5304, class P7d) for service on a new high-speed daytime run between Washington and Cincinnati. The modified engines had streamlined shrouds (designed by Olive Dennis), and were equipped with larger tenders to reduce the number of stops needed for fuel and water. There were two streamlined heavyweight train-sets of five cars each, strikingly painted in gleaming royal blue, light gray, and black, with yellow striping and lettering. Train length was strictly limited so that the P7d would not require a helper to maintain speed while crossing the Alleghenies. To assist in maintaining its tight 12.5-hour schedule, the Cincinnatian's stops were limited. The train was routed via the Patterson Creek cutoff, and also via the Magnolia cutoff, a line otherwise devoted exclusively to fast freight traffic.

From Locomotive Wiki and The Lounge personal web site.