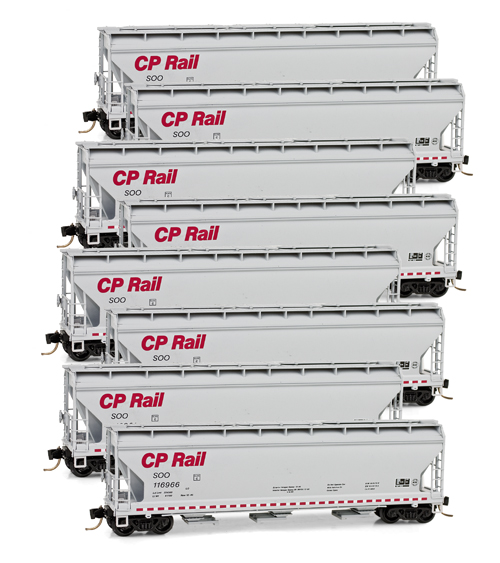 Model Information: This design had a life span that is truly enormous. The last cars of this design were built in the 1960's -- three decades after the first cars were built for Santa Fe. Quite a few of these cars are still in service. Because you have to stand on the roof in order to open the hatches, these cars were immune from the "No Roof Walk" rule of 1964, but a number would be scrapped when friction bearing trucks were outlawed. Amazingly, some cars are now being retired because they have hit the Federal Railroad Administration's 50 year rule! The deLuxe models of these common cars are weighted with the same copper slugs used in our box cars for superior tracking and immunity to magnetism.