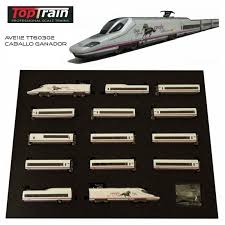 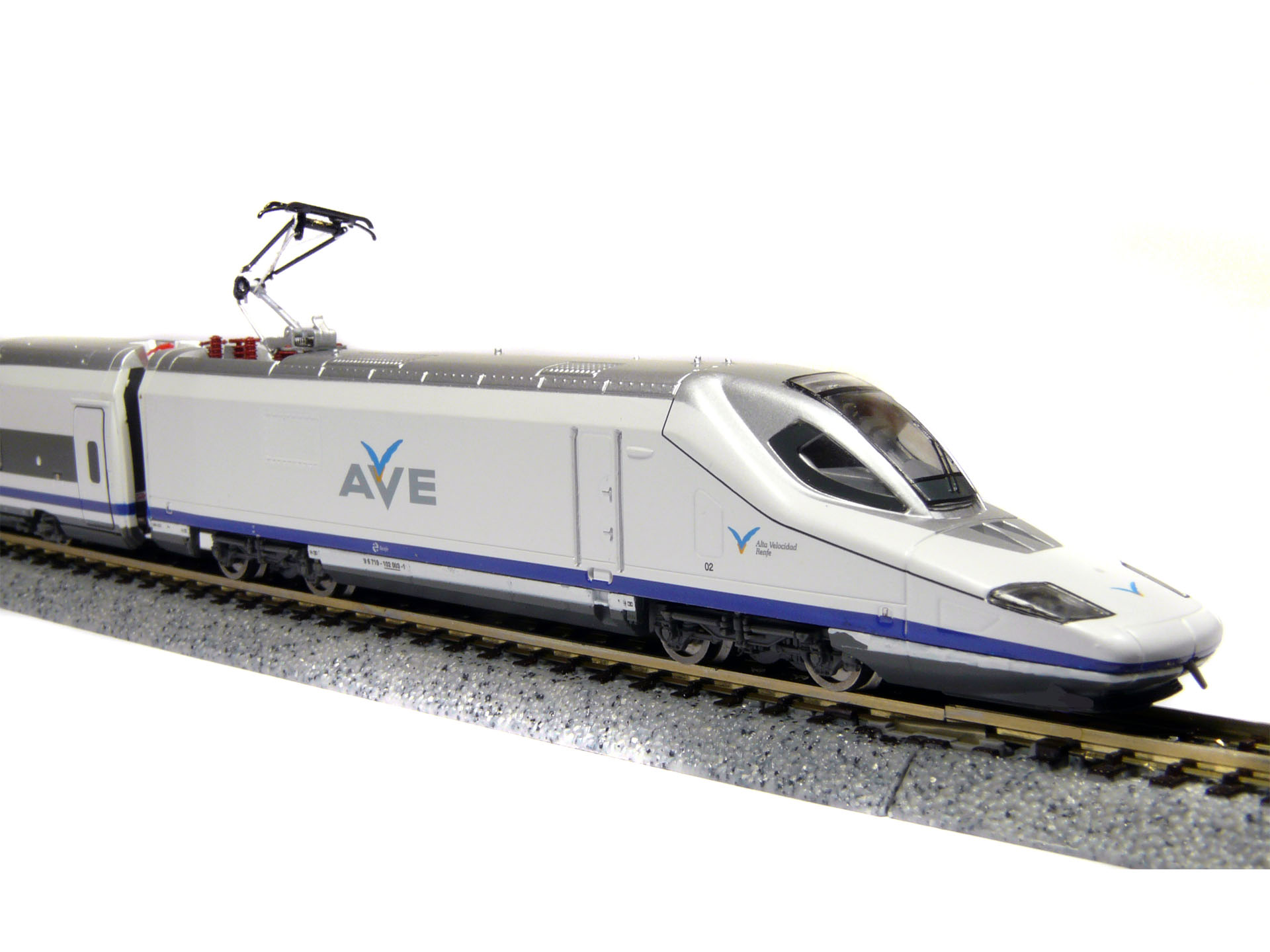 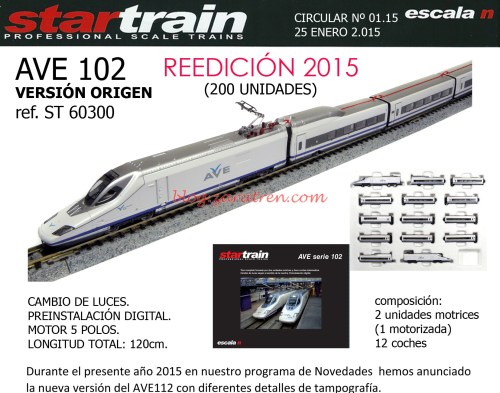 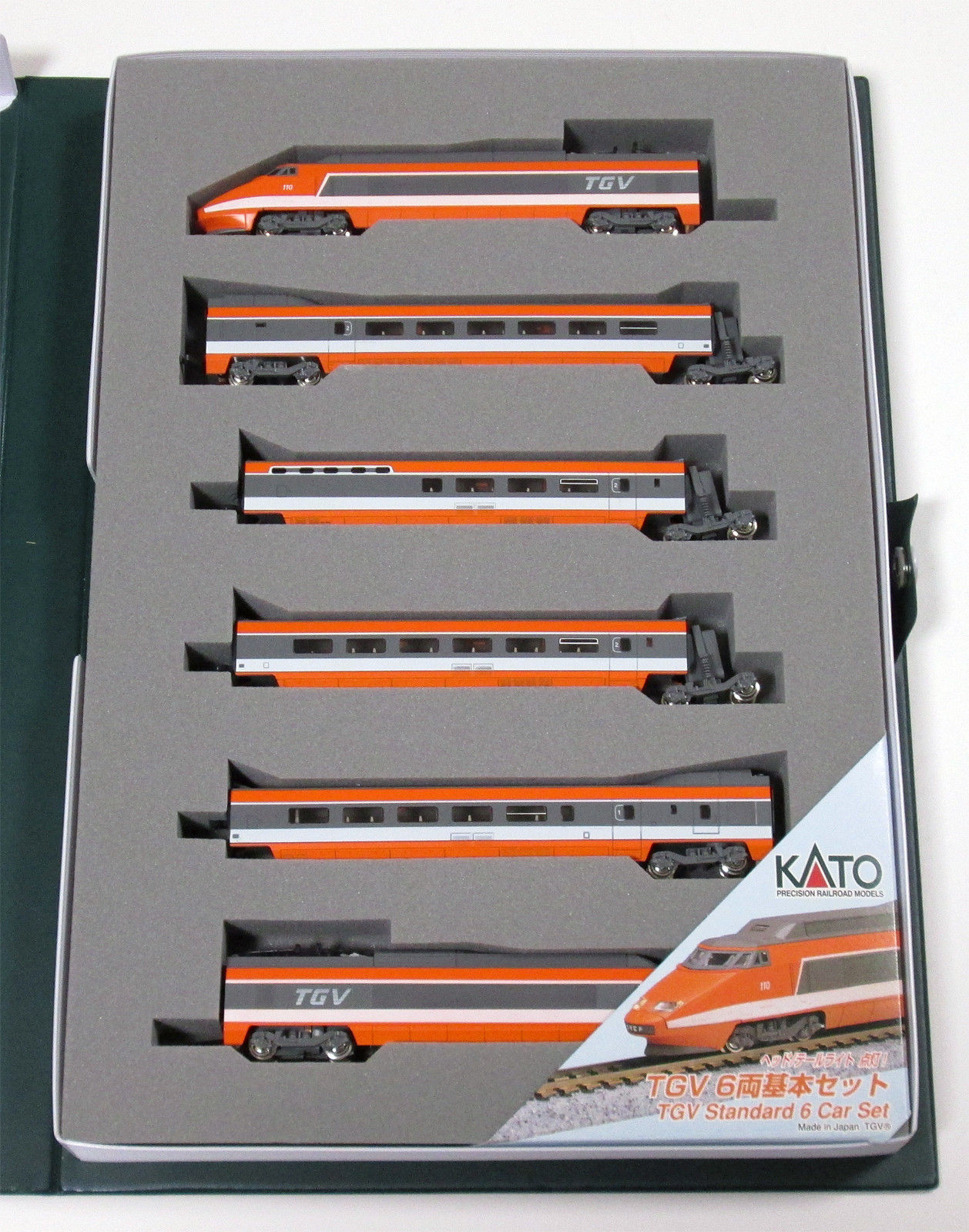 
Model Information: Startrain introduced this model in 2013. It has been re-run in 2019 under the new brand name of Startrain, TopTrain.
It features a full AVE Serie 102 train set, with 12 coaches and the two driving cars, one motorized and one dummy.
- Total length: 120 cm
- White and Red lights changing with direction of travel.
- 5-pole motor with flywheel.
- 5 different body styles for the coaches.


DCC Information: Accepts NEM 651 / NMRA 6-pin decoders. Two are needed, one for each driving car; for the dummy car, a light-only decoder is sufficient.

The AVE Class 102 or Serie 102 (nicknamed "Pato" in Spanish, because of its nose that looks like the beak of a duck, "pato" in Spanish) is a high-speed train used for the AVE (Alta Velocidad EspaÃ±ola, Spanish High Speed) service and operated in Spain by the state-run railway company RENFE. Outside AVE service, Talgo markets this train as Talgo 350.

The AVE Serie 102 was constructed by Talgo with Adtranz (later Bombardier Transportation) providing the power car technology. The trainsets can consist of up to 12 Talgo series VII coaches. It was certified for a top speed of 330 km/h (205 mph). This top speed was supposed to be enough to fulfill the tender condition of a two-and-a-half-hour travel time between Madrid and Barcelona.

TopTrain is a Spanish manufacturer of HO and N scale model trains, formerly known as Startrain until 2018 (change of name to TopTrain); its first N Scale products were released in the mid-2000s. It models locomotives and rolling stock from Spain and France.