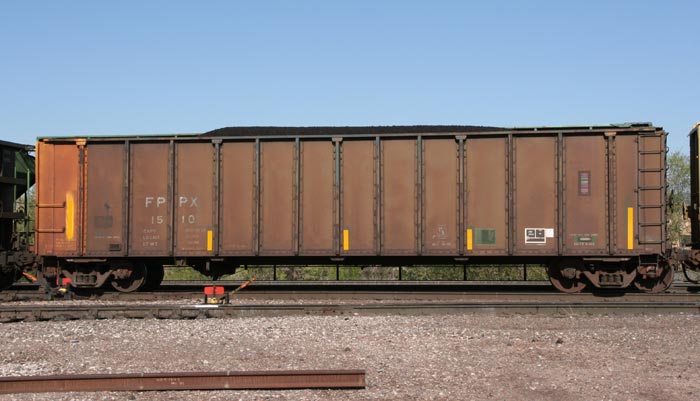 History: Back in the 1970s, as demand for clean-burning coal rapidly increased, Pullman-Standard introduced a coal gondola for unit train service. Widely used by BN and many private utilities, unit trains of these cars hauled coal from Wyoming to users throughout the country. Thousands were constructed in the mid to late 1970s and many are still used in maintenance-of-way service and by secondary owners for moving scrap metal and other materials.

The Pullman-Standard 4000 cuft gondola that was very common in coal service out West. A lot of them have ended up in secondhand scrap service all over the country.