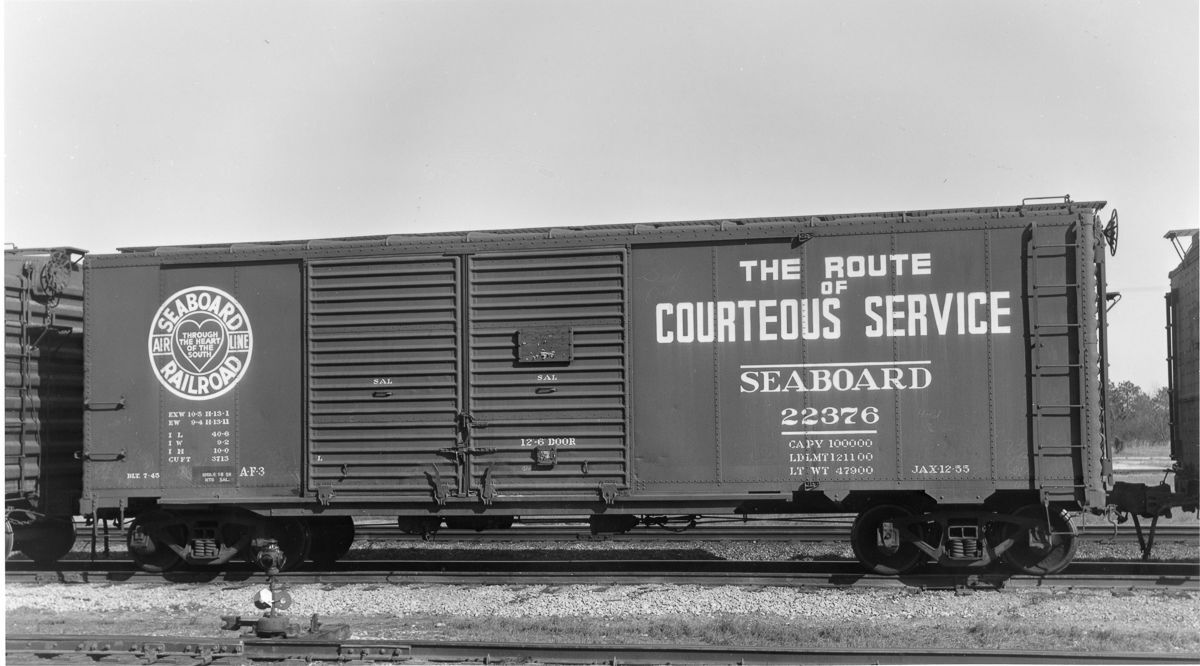 Beginning in 1932, under the auspices of the American Railway Association (merged into the AAR in 1934), the organizationâs âCommittee on Car Constructionâ set the standard for the 40-foot steel boxcar, which would undergo a series of refinements over the next 15 years or so, and on which thousands of the ubiquitous house cars would be built.

Introduced in late 1938, the modified plans included an extended interior height of 10 feet 6 inches with a new Dreadnaught end that displayed a 5/5 rib pattern, as compared to the original 1937 AAR design with its 10-foot interior height and 4/5 Dreadnaught end. The extra height gave railroads operating west of Chicago some extra cargo volume, especially handy for the grain hauling roads during harvest season, for example.