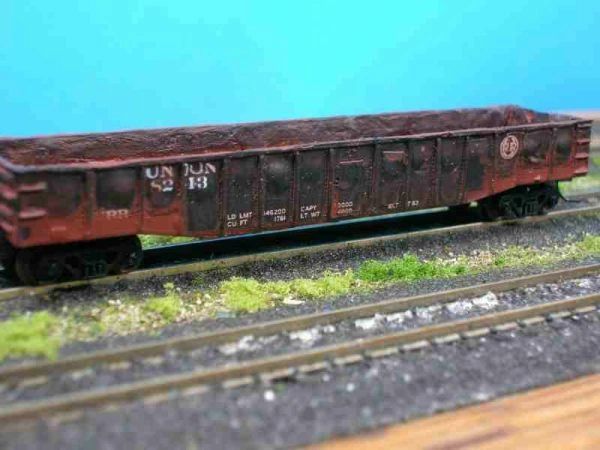 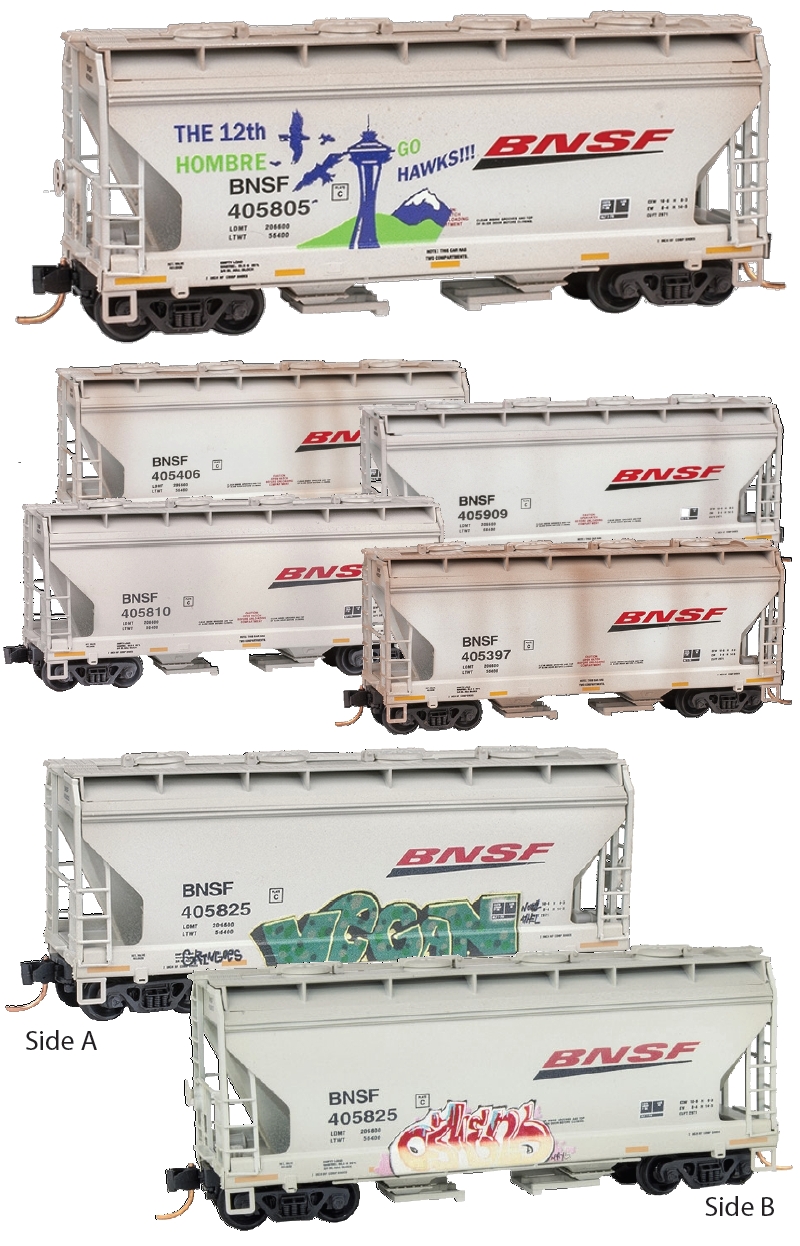 Specific Item Information: Gondolas were the workhorses of the steel industry carrying everything from scrap steel to finished products. As such gondolas were one of the most used and abused revenue cars in every railroads fleet. Our 50' fixed end gondola is lettered for the Union Railroad and comes with bulged and distressed sides imitating years of hard work in and around a steel mill. Resin cast body with pewter underframe, industrial weathering, distressed appearance. Available in 2 different car numbers. 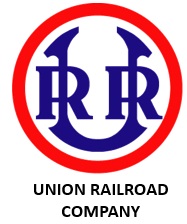 The URR opened in 1896 to serve the steel producing Monongahela River Valley region south of Pittsburgh. In 1937, it merged two other local lines. The Union is just 31 miles long but very busy. In 1951, they hauled 74 million net tons making URR the busiest railroad per mile of track in the world. The line is owned by U.S. Steel (and its successor) and at its peak served eight mills plus a number of other customers. Until recently, the tangle of Union lines crossed the Monongahela River four times. Today, Union serves USS Edgar Thomson Works which includes blast furnaces, basic oxygen process producing molten steel and a continuous caster; USS Irvin Works which includes rolling mills and finishing lines and USS Clairton Works which converts coal into coke.

The Union is the smallest railroad to have a steam locomotive wheel arrangement named for them. The uber-switcher 0-10-2 is called the Union type.

The Union diesel fleet has always been dominated by switchers, originally from EMD, Alco, and Baldwin but in later years from EMD exclusively. Road power over the years has included RS-2âs, DRS-6-6-1500âs, AS616âs, and in later years SD9âs and SD38-2âs. The number of diesels on the active roster seems to have peaked around 126 units â astounding for a 31 mile line.

Beginning in 1959 the dozen Baldwin DRS-6-6-1500âs were rebuilt with EMD prime movers and long hoods. The short hoods were also lowered. The crews called these rebuilts âbuffalos.â These units retained their long hood as the front despite the nose chop and could be found leading in either direction.

Today there are 33 diesels on the active roster, all EMD SW1500âs and MP15DCâs. You may notice that all-switcher consists always have the cabs facing outward (since virtually all end cab switchers have the hood end as the front, the URR consists are nose to nose.) This method is gospel on URR and has gained favor on other lines due to improved sight lines when shoving with no loss when running with the cab end leading.

The Union connects with CSX, Norfolk Southern, CN (formerly Bessemer & Lake Erie), and Wheeling & Lake Erie at seven points along the route. Today's collection of photos takes us from the delivery of the 0-10-2's in 1936 to 1999. We will have the rest of URR collection with tomorrow's RRotD. It's worth noting that URR was known for having an aggressive security force during the transition era which explains the dearth of photos from that time.

The real start of KenRay Models was pretty simple. Ken was a repressed model railroader and interested in WW II modeling. Ray was interested in almost every kind of modeling. Ken was a draftsman by trade and able to discern infinite details. Ray was an award-winning master modeler and model painter with an eye for colors that were spot on. Both were very attuned to accuracy, solid details and wanting to share a passion for both those things.

Ray saw some WW II tanks that Ken built and mounted on flatcars and asked a question that was to have a farther-reaching effect than either would imagine: "Hey, you think we could make some money selling those?" Ken's answer was pretty much standard Ken: "I don't know, let's see." Ray's next question led to something on the business cards that stayed for a long while and will probably make a return. "A business needs a name, so what do we call this?" Ken's answer was vintage sarcastic Ken. "Two ******* Guys Models." Ray intelligently nixed this idea and the name KenRay Models was born in 2005.

Ray passed away late in 2008. We bought the business outright from his wonderful wife, Donna, in 2012, with the understanding we'd never change the name from KenRay Models. In mid-2012 we built a 12x16 foot shop building in the backyard, installed the equipment and got back to work.

It's been a good run so far and we've no intention of stopping any time soon. We've met great people, made good friends, created a business we enjoy. Keep coming back to the site and stopping by our tables at the shows. We promise that we'll always make time for you.