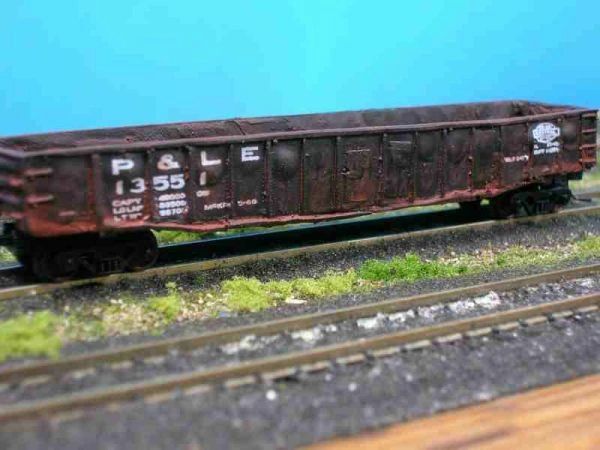 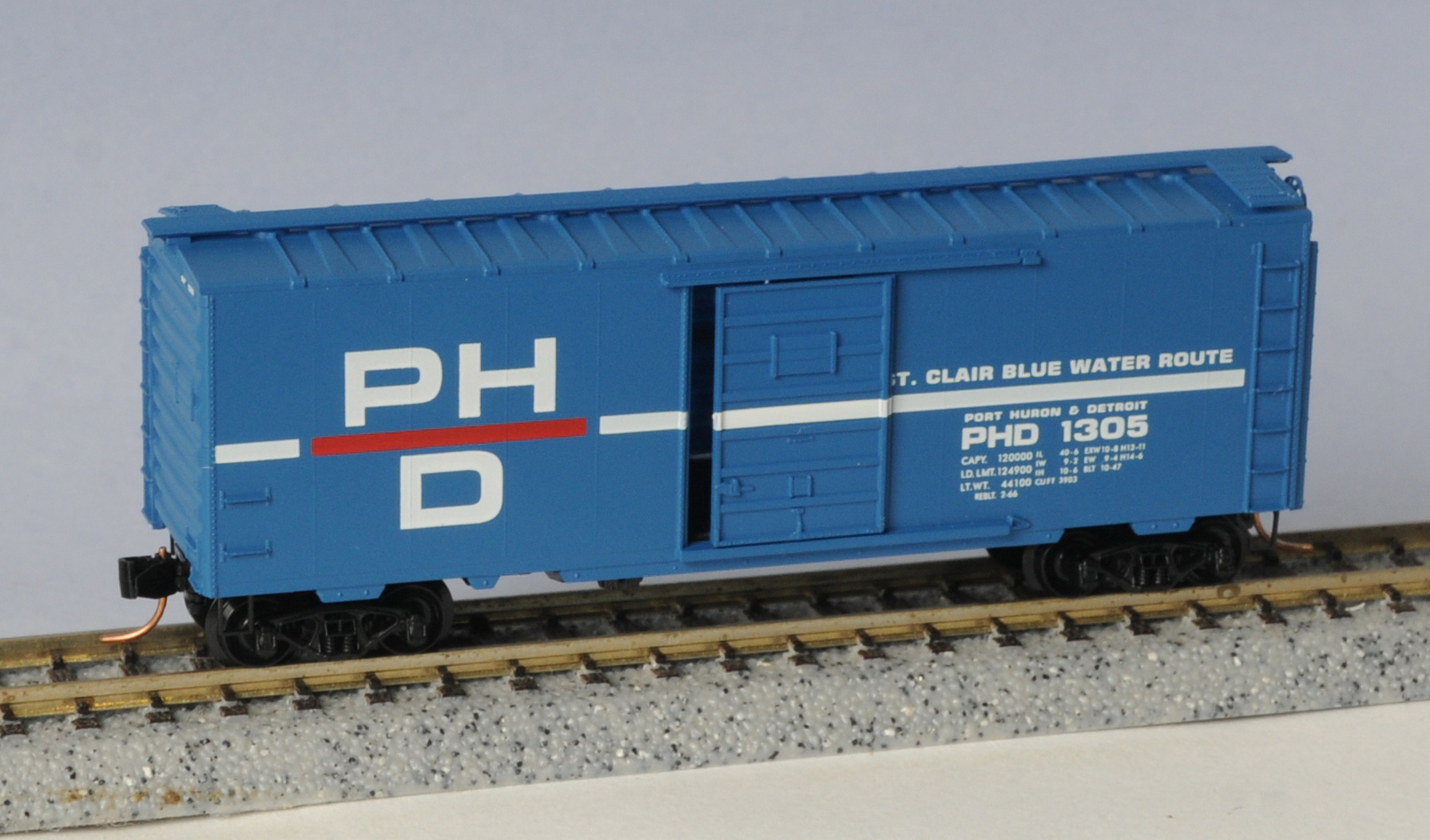 Specific Item Information: Gondolas were the workhorses of the steel industry carrying everything from scrap steel to finished products. As such gondolas were one of the most used and abused revenue cars in every railroads fleet. Our 50' fixed end gondola is lettered for the Pittsburgh & Lake Erie Railroad and comes with bulged and distressed sides imitating years of hard work in and around a steel mill. Resin cast body with pewter underframe, industrial weathering, distressed appearance. Available in 2 different car numbers.

The real start of KenRay Models was pretty simple. Ken was a repressed model railroader and interested in WW II modeling. Ray was interested in almost every kind of modeling. Ken was a draftsman by trade and able to discern infinite details. Ray was an award-winning master modeler and model painter with an eye for colors that were spot on. Both were very attuned to accuracy, solid details and wanting to share a passion for both those things.

Ray saw some WW II tanks that Ken built and mounted on flatcars and asked a question that was to have a farther-reaching effect than either would imagine: "Hey, you think we could make some money selling those?" Ken's answer was pretty much standard Ken: "I don't know, let's see." Ray's next question led to something on the business cards that stayed for a long while and will probably make a return. "A business needs a name, so what do we call this?" Ken's answer was vintage sarcastic Ken. "Two ******* Guys Models." Ray intelligently nixed this idea and the name KenRay Models was born in 2005.

Ray passed away late in 2008. We bought the business outright from his wonderful wife, Donna, in 2012, with the understanding we'd never change the name from KenRay Models. In mid-2012 we built a 12x16 foot shop building in the backyard, installed the equipment and got back to work.

It's been a good run so far and we've no intention of stopping any time soon. We've met great people, made good friends, created a business we enjoy. Keep coming back to the site and stopping by our tables at the shows. We promise that we'll always make time for you.