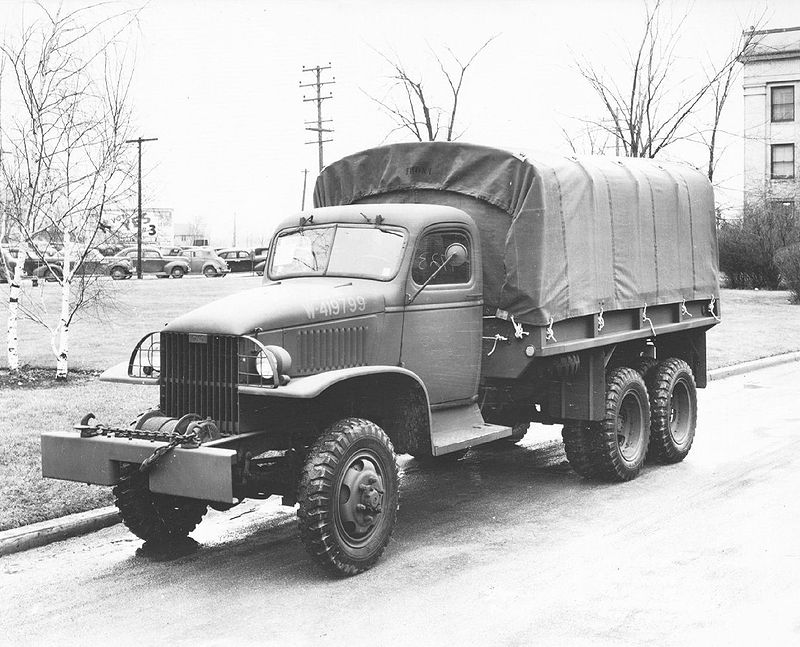 History: The GMC CCKW also known as "Jimmy" was a 2Â½-ton 6x6 U.S. Army cargo truck that saw heavy service in both World War II and the Korean War. The original "Deuce and a Half", it formed the backbone of the famed Red Ball Express that kept Allied armies supplied as they pushed eastward after the Normandy invasion.

The CCKW came in many variants, including open or closed cab, long wheel base (LWB 353) and short (SWB 352), and over a score of specialized models. It began to be phased out with the deployment of the 6Ã6 M35 in 1950, but remained in active U.S. service until the mid-1960s. It is related to the Chevrolet G506, built at the same factory.