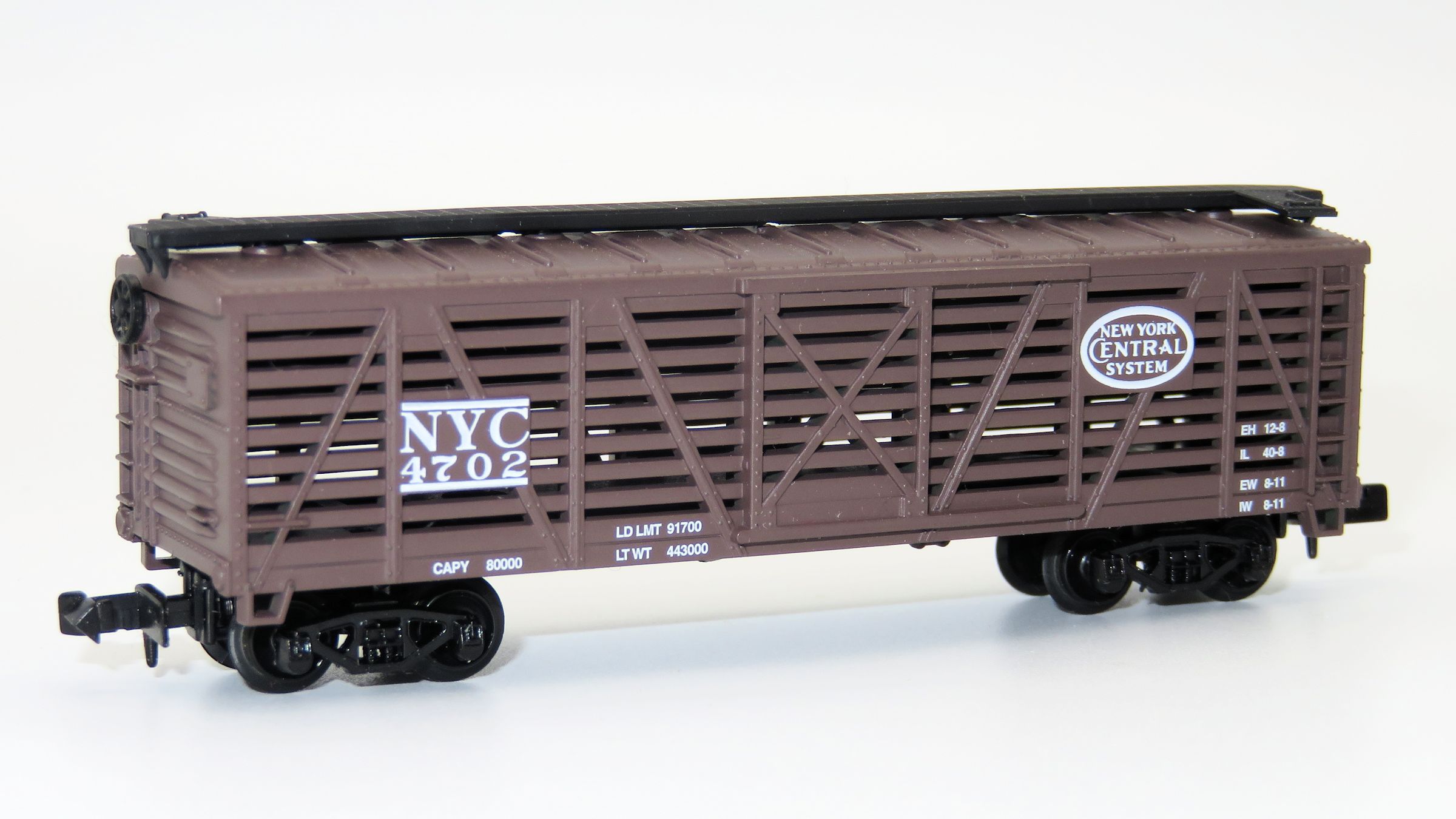 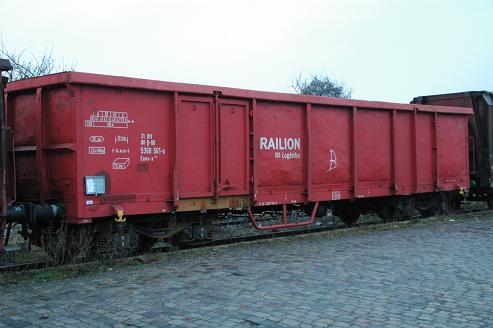 The Eaos gondola is a four-axle open freight wagon used by numerous European railway companies . The cars are versatile and can be used for the transport of coal, ores, stones, scrap, wood, etc. These cars were purchased from 1978 by the then German Federal Railways .

The cars were specifically created to satisfy the UIC standardization in the early 1970s. The first series was the Eaos 106. Later versions of these cars were equipped with a steel floor and known as Eaos-x 051. Any remaining Eaos 106 still in service in 2003 were rebuilt and fully refurbished, they were given the name Eaos-x 075. These upgrades were completed in 2014.