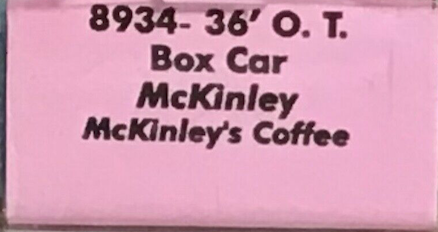 
Model Information: This MDC tooling models a pre-1900 boxcar with a truss-rod underframe. The MDC Truss-Rod underframe 36' Reefer and 36' Boxcar are very similar models. They were introduced in 1997 for the former and 1998 for the latter. The easiest way to tell the difference is that the reefers have plug doors and the boxcars have sliding doors. Like all of MDC N-Scale molds, this one was also acquired by Athearn in 2004 when they acquired MDC. The MDC releases were supplied in both 'kit' and RTR (Ready-To-Run) versions.