Model Information: This model was first created by E&C shops. The tooling was sold to the LBF Company and in turn when they went out of business in 2009, the model was passed on to Hubert's Model RR Mfg Group. They are available in both single and double door varieties. 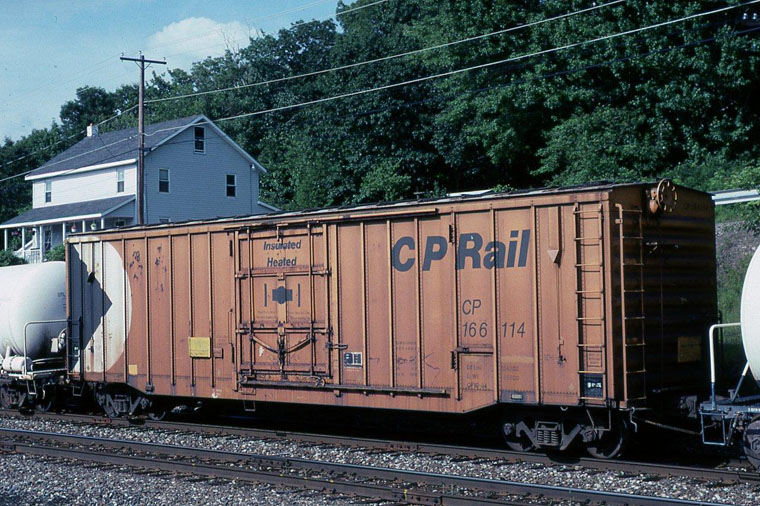 Steel boxcars became the de facto standard for railcar service sometime in the late 1950s. Every major railcar manufacturer had their own version. Plug-door cars held a better seal for air coming in and out of the car interior and operated much the same way a modern minivan side door works. A common feature for plug door cars such as the offering from NSC was an insulated interior to further protect the contents from the elements. From 1975 to 1980 National Steel Car built over one-thousand 50â6â single-plug door box cars. This being the post-roofwalk era, these cars have a simple aluminum roof. The model 5277 had an interior capacity of 5,277 c.f. and the model 5177 had a capacity of 5,177 c.f. Most of the 100-ton cars went to Canadian railroads primarily for paper service. Two hundred 70-ton cars went into food service for the Grand Trunk Western.