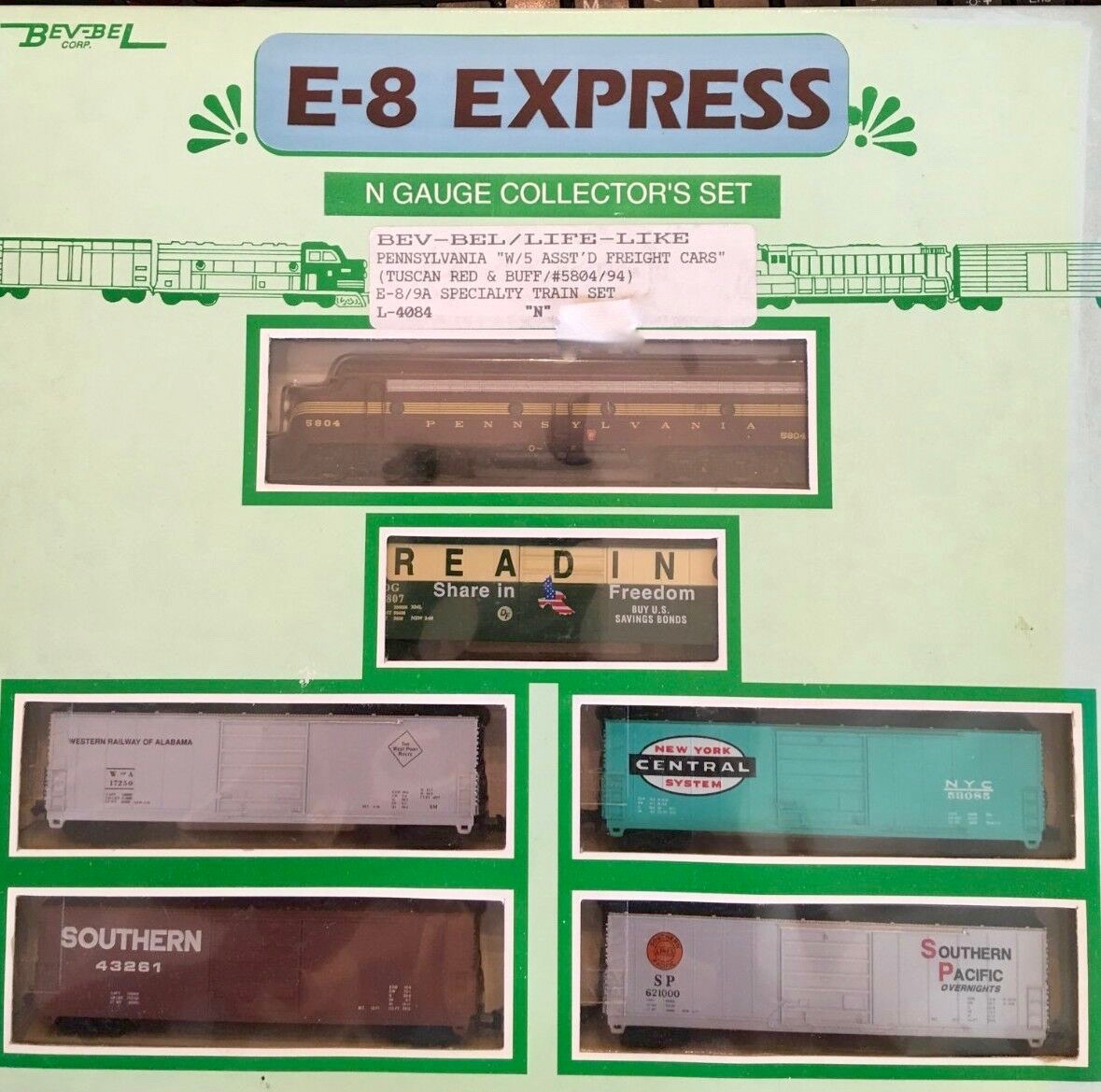 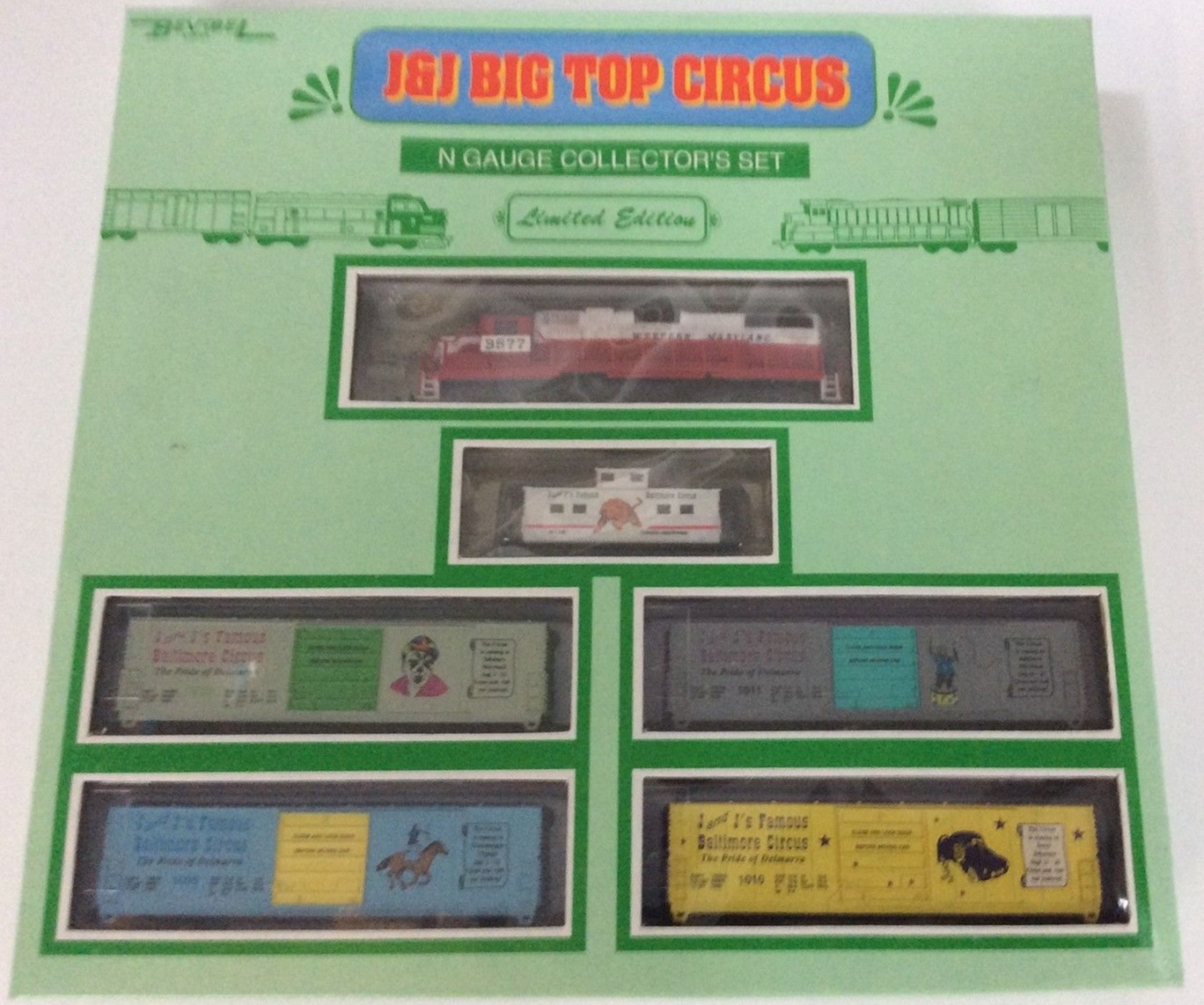 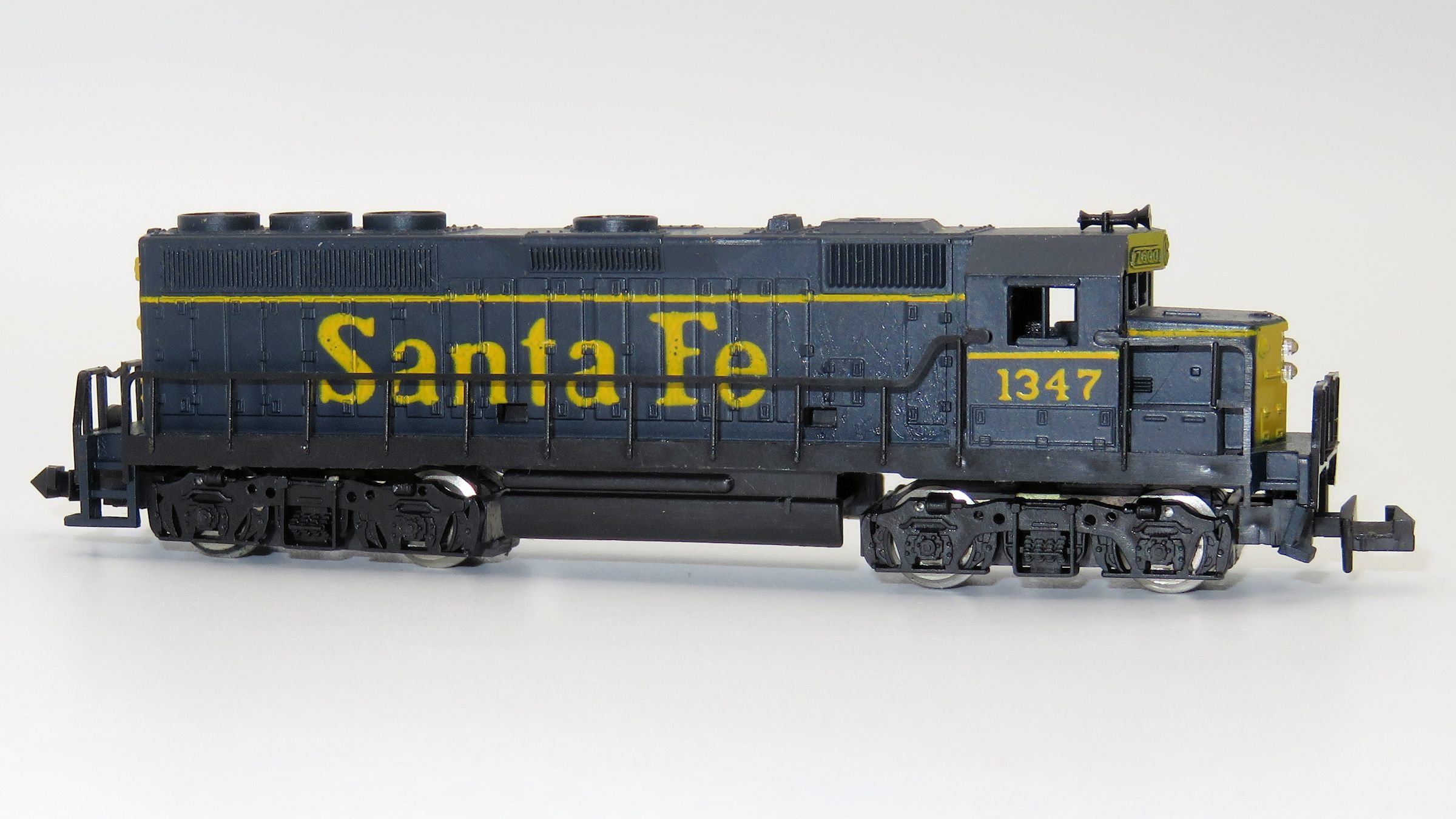 Model Information: Bev-Bel boxed sets come in two shapes:
1. one engine and five (5) cars
2. Four (4) cars.
They are marked as 'N Gauge Collector's Set' and 'Limited Edition'.
They are all named.