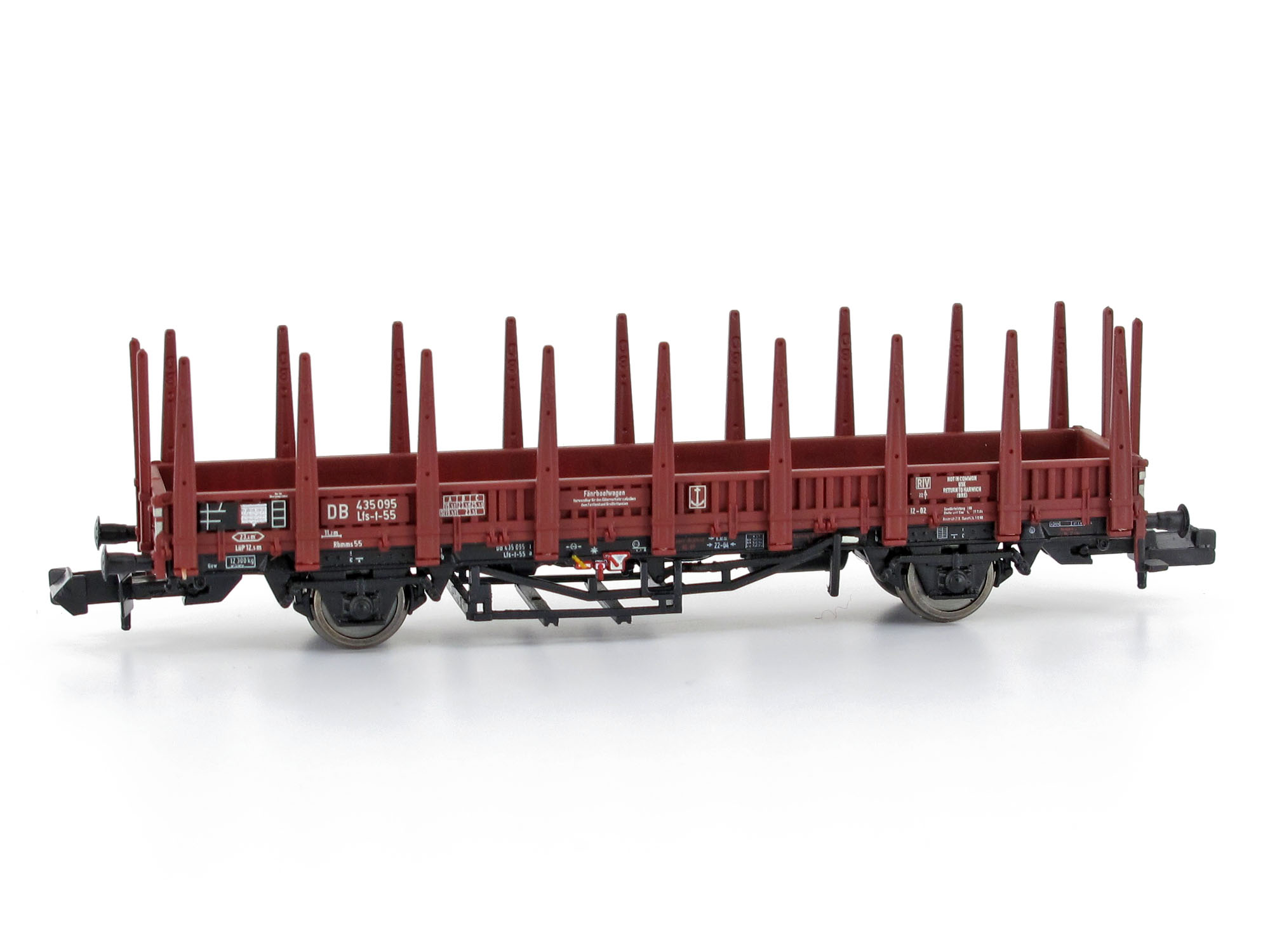 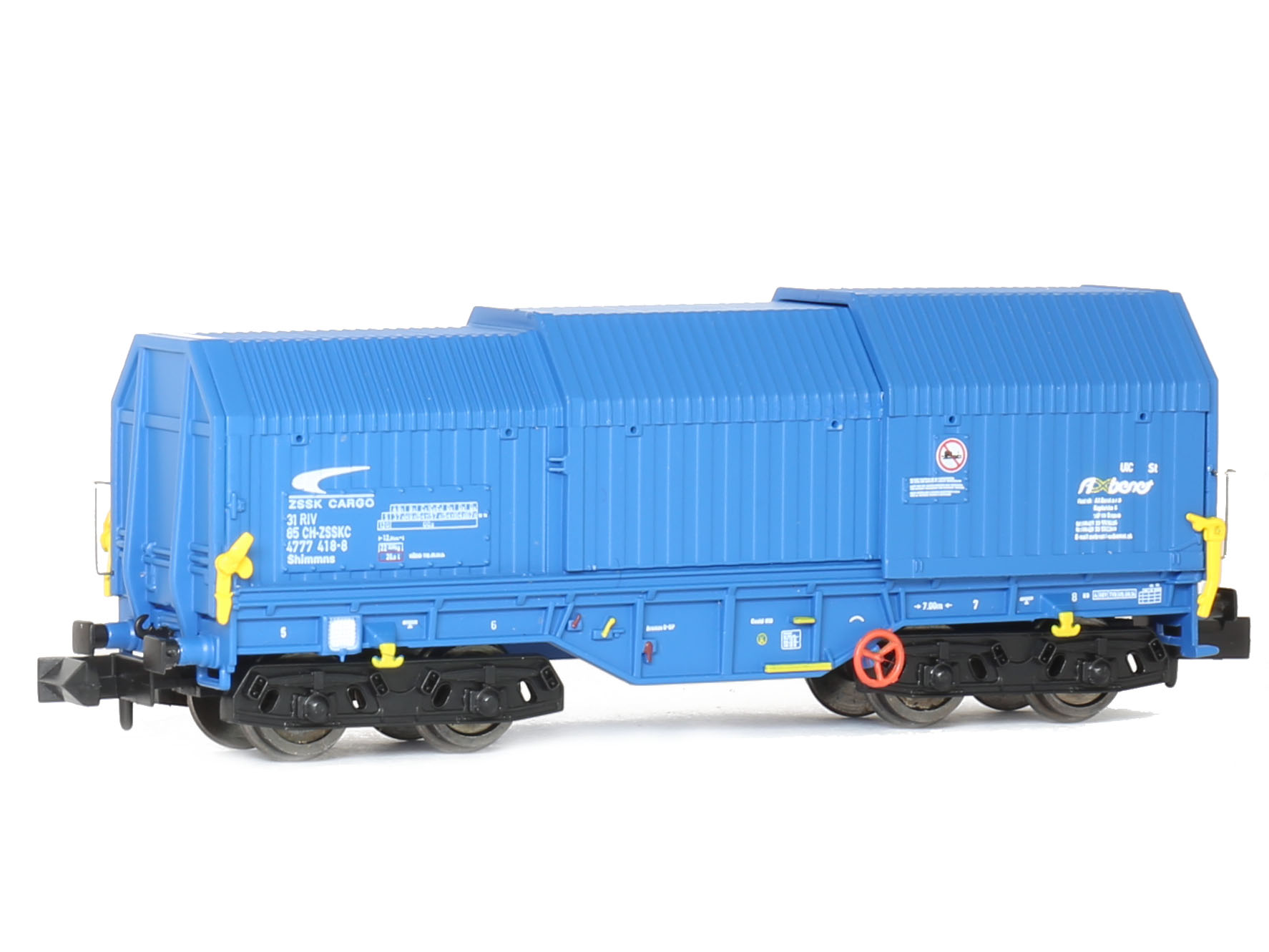 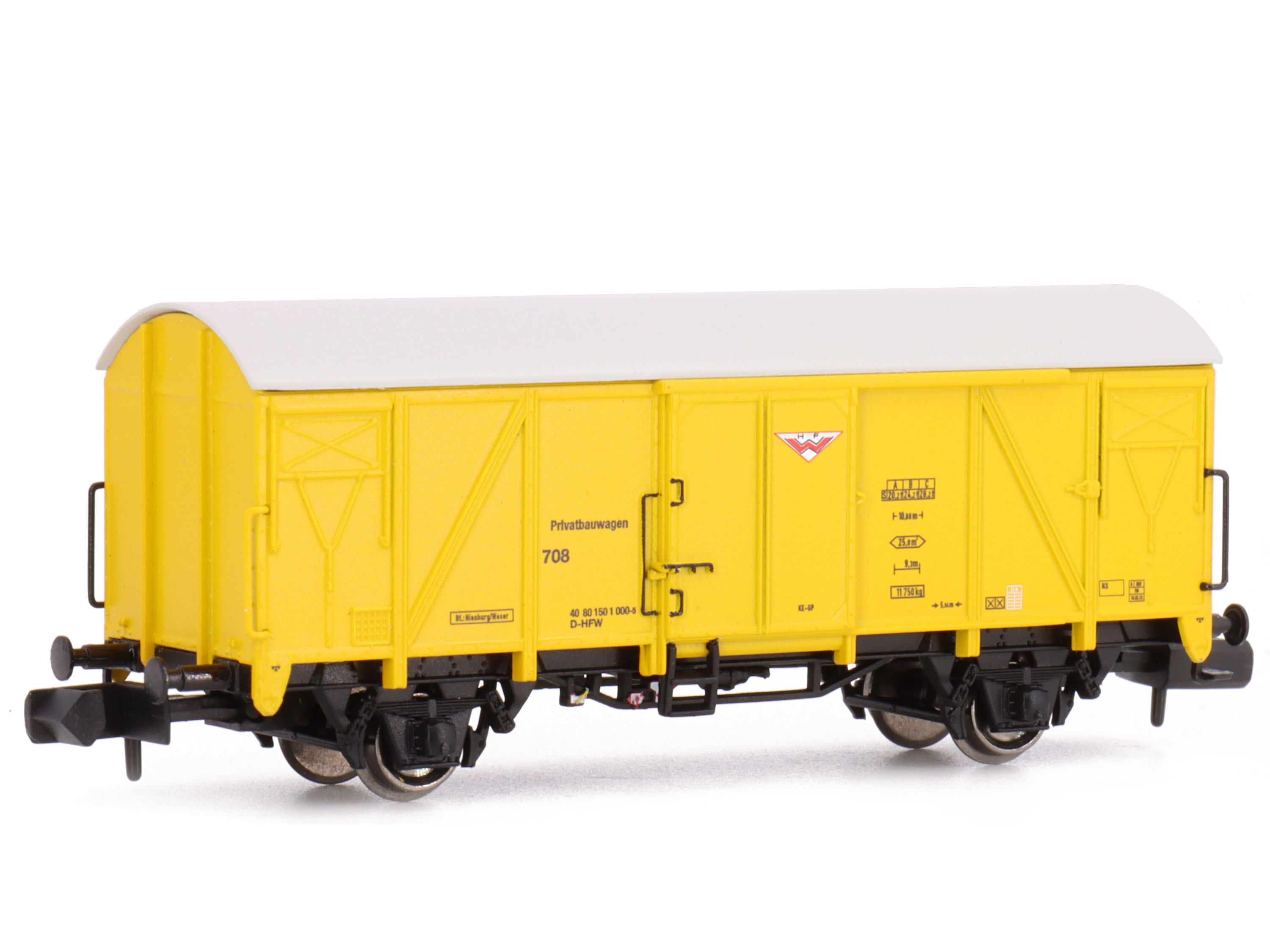 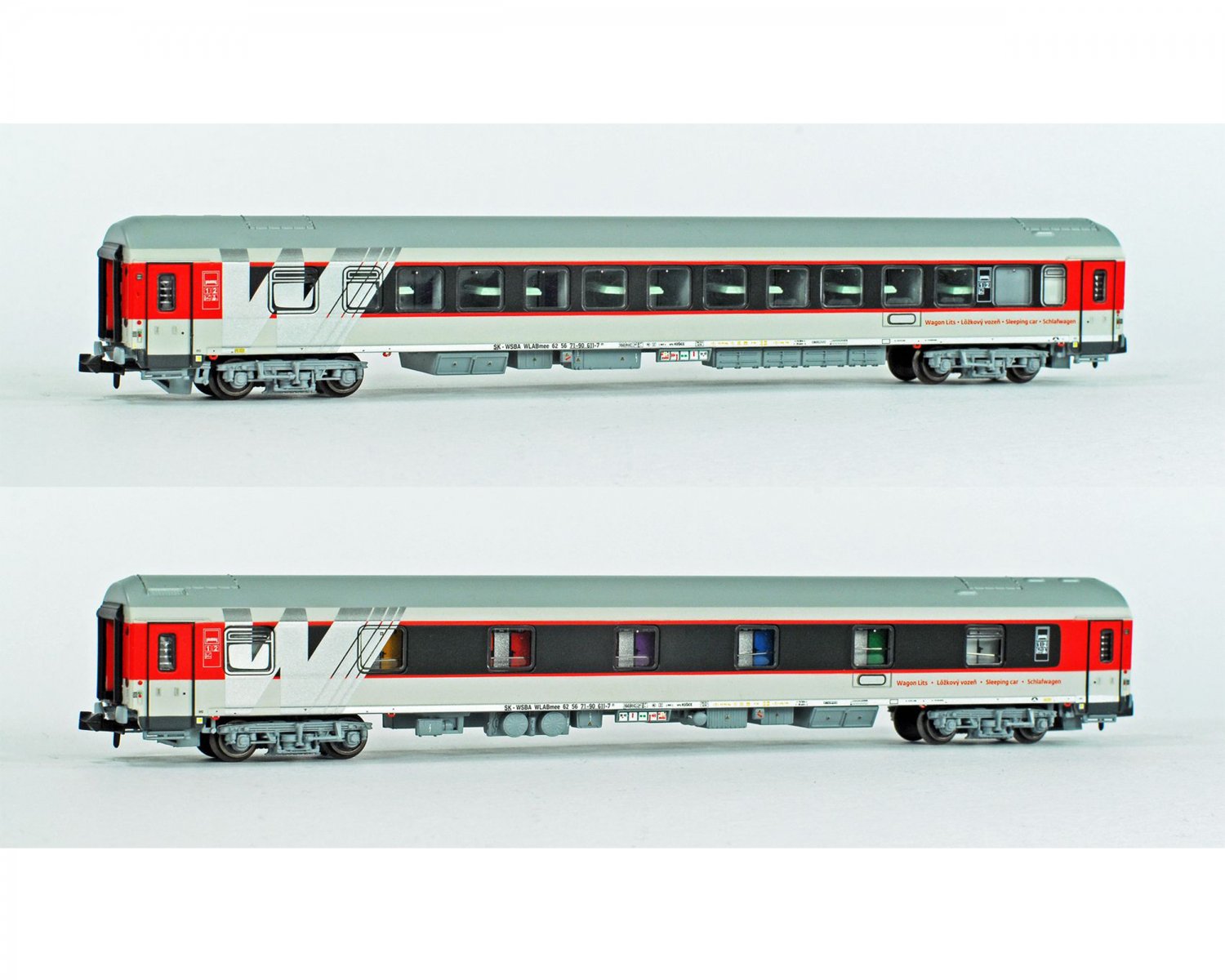 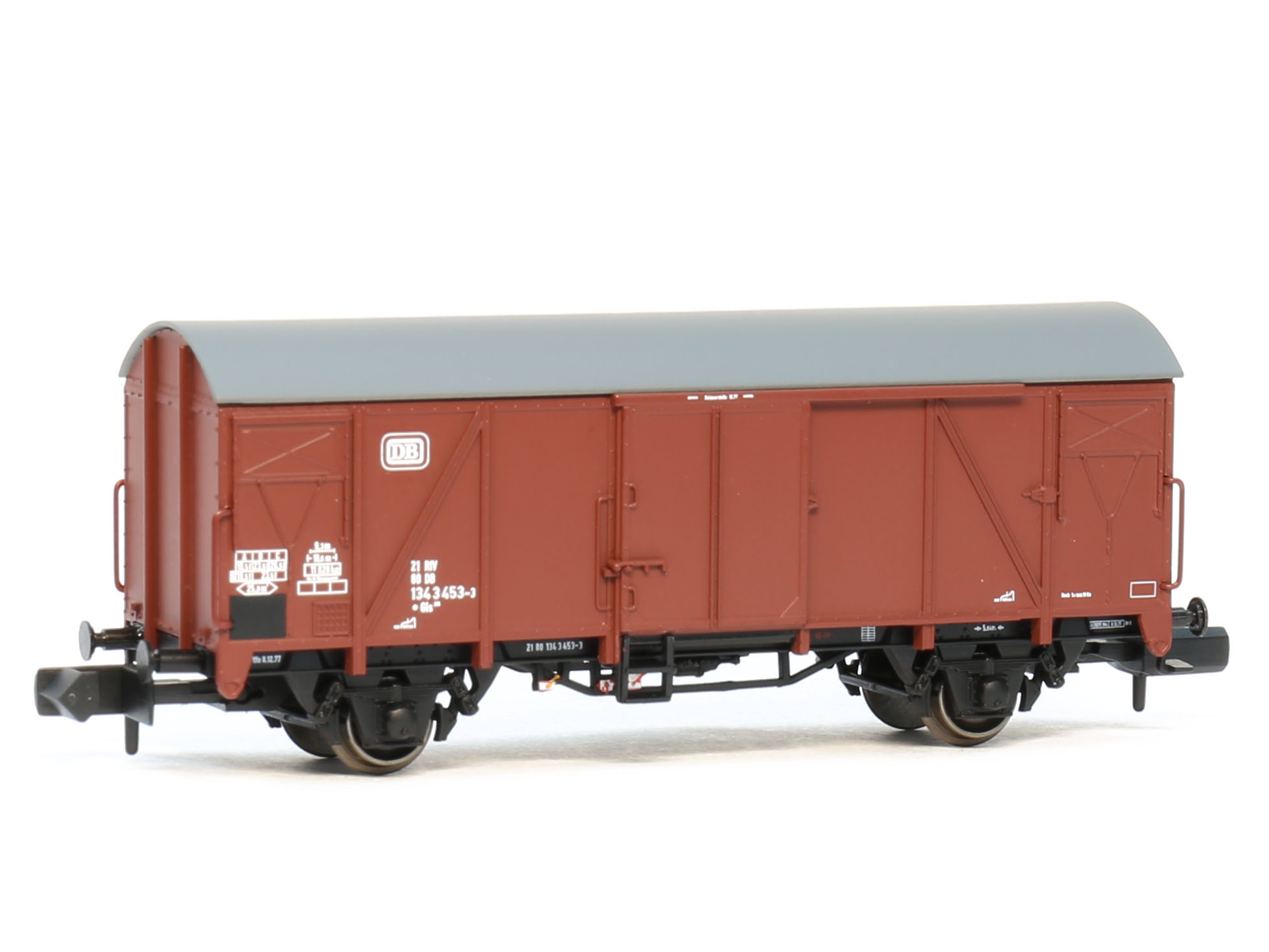 Specific Item Information: 3rd running number of the series: 435095 In 1954, the Bundesbahn ordered from the company Fuchs from Heidelberg 25 Rbmms 55 ferry spine wagons. These were built according to UIC guidelines and delivered in 1956. On the long sides of the car stanchions were obtained from pressed sheet, the front sides were equipped with stanchions made of section steel. The side walls were hinged. 1962 ordered the DB 30 more cars at LHB as a replacement for remaining Rbh 21 cars, another order for 100 cars was 1963-1965. The total stock was thus 155 copies. As part of the redrawing the cars were renamed to Lfs-t 569 until 1968, then in Lfms-t 569 in the early 1980s. The stock was complete until 1984. From the mid-1980s, the cars came mainly in the construction service for the transport of sleepers used. The last Lfms-t 569 went out of service in 1995. The Modellbahn Union models of the Rbmms 55 cars in the scale 1:160 are characterized by detailed design and printing. The stanchions are removable, there are stanchions with and without DB embossing and empty stanchion holder for optional installation enclosed. Different addresses as well as different painting conditions based on the working time are also considered. All models have a close coupling mechanism and NEM coupler pockets. The cars are long and short N Gauge standard couplings included. The models are equipped with finescale-wheelsets, standard wheelsets are optional available under the item number MU_N-X00001. The length is 7.8 cm per car, the loading width is 1.2 cm.