Please help support TroveStar. Why?
One of these sold for: 29.25 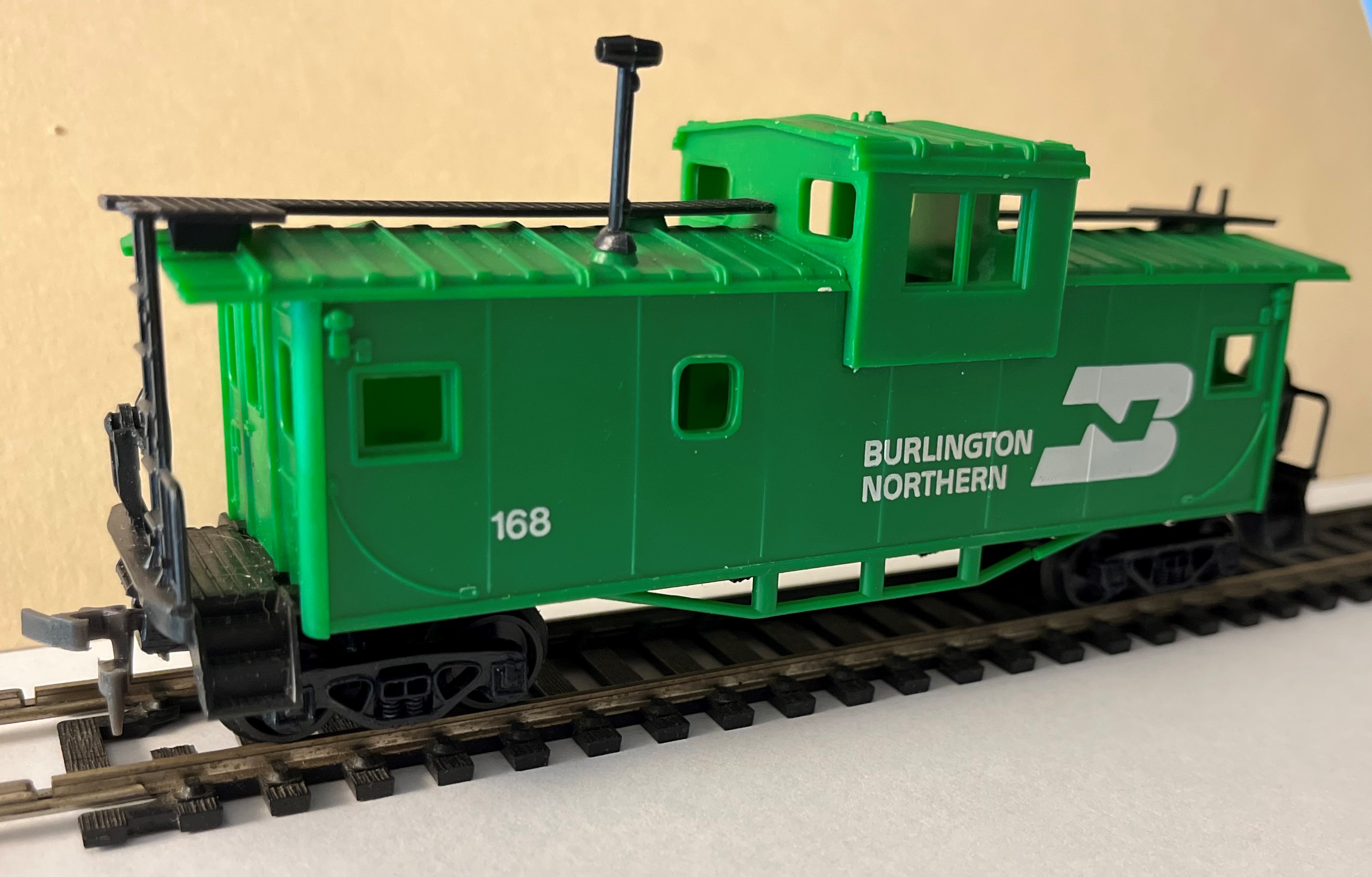 Model Information: The Atlas "43" series cupola caboose has been around since the early 2000's. The cupola is located slightly off-center, but towards the middle of the body. It carries three windows on each body side, two larger ones at the ends and a smaller one in the middle. The cupola carries a double-window on each side. This body usually has a raised roof-walk and "loop-over" ladders but not always.