The company that became Fulper Pottery was begun in 1814 in Flemington, New Jersey by a Samuel Hill, a potter originally from New Brunswick, New Jersey. The name changed when the company was purchased by Abram Fulper, one of Hill's potters. Abram's grandson, William H. Fulper II was the moving force behind Fulper Pottery's becoming a prominent manufacturer of art pottery. William saw great profit potential for the the introduction of Art Pottery into the company's catalog. At the turn of the century, pottery collecting was enjoying great popularity, especially fine examples of antique classical and Chinese pottery. Collectors and museums were scrambling for decorative pottery.

By Word War I, the popularity of Vasekraft shapes was fading. The line was renamed "Fulper Pottery Artware" with newly designed shapes based on English and Spanish Revival styles. Despite these changes, in 1935, Fulper Pottery Artware production was ceased at the Flemington location. 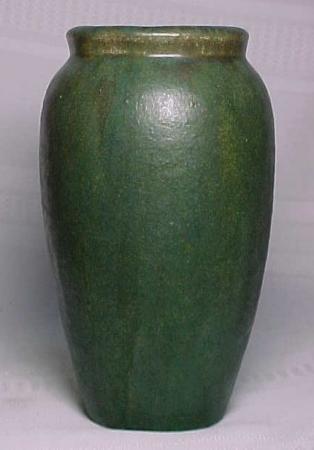