Please help support TroveStar. Why?
At least one of these are for sale right now with a price of: $4.50 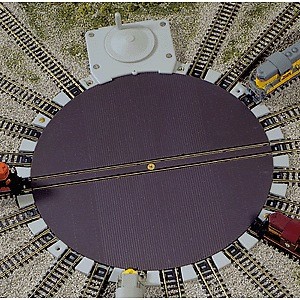 Available in three stall sections that can be placed over the turntable's surrounding tracks, model locomotives can be housed in one or more of the Atlas stock number 2843 3-Stall Roundhouse Kits.