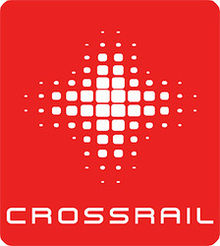 Crossrail Benelux is a Belgian rail freight company, a subsidiary of Crossrail AG in Switzerland. The company was formed in 2000 as Dillen & Le Jeune Cargo (DLC) and was the first private company to haul a freight train in Belgium. In October 2007, DLC merged with Swiss Babcock & Brown owned Crossrail AG. The merged company operates as Crossrail AG, with subsidiaries in Belgium and Italy.