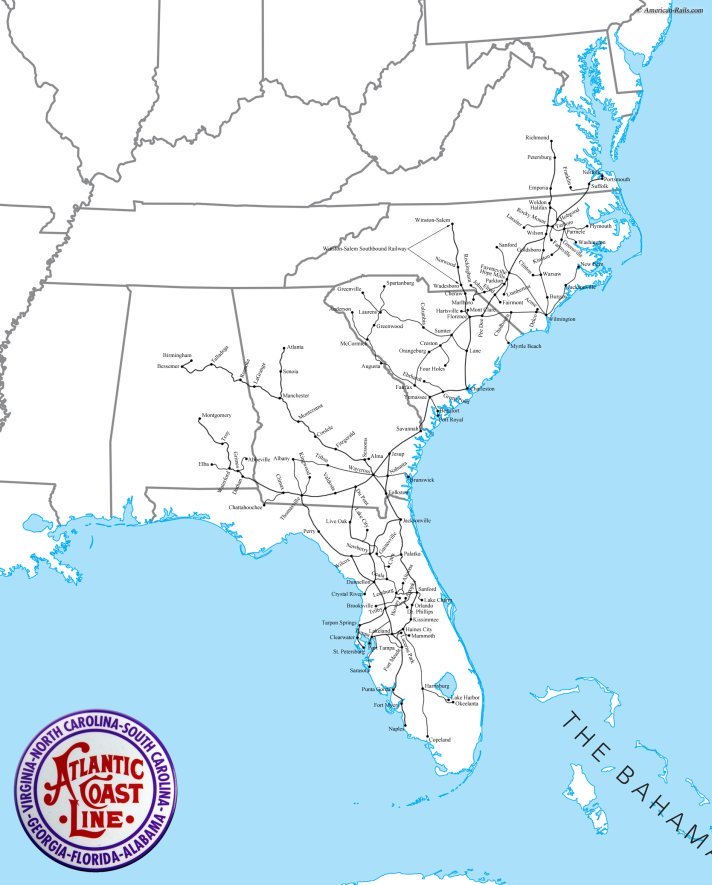 Company History: ACLâs roots go back to the Petersburg Railroad in 1830. By the 1870s, their successors and some affiliated lines began using Atlantic Coast Line as a nickname and through a number of consolidations Atlantic Coast Line became the official name by 1900. Atlantic Coast Line funneled traffic from northern Virginia (and its connections to the northeastern trunk lines via the RF&P) down through the Carolinas, Georgia and into Florida as far as Naples on the Gulf Coast. Acquisitions after the war added routes from Columbia and Spartanburg, South Carolina to the coast and lines linking Atlanta, Birmingham and Montgomery to southern Georgia and Florida.