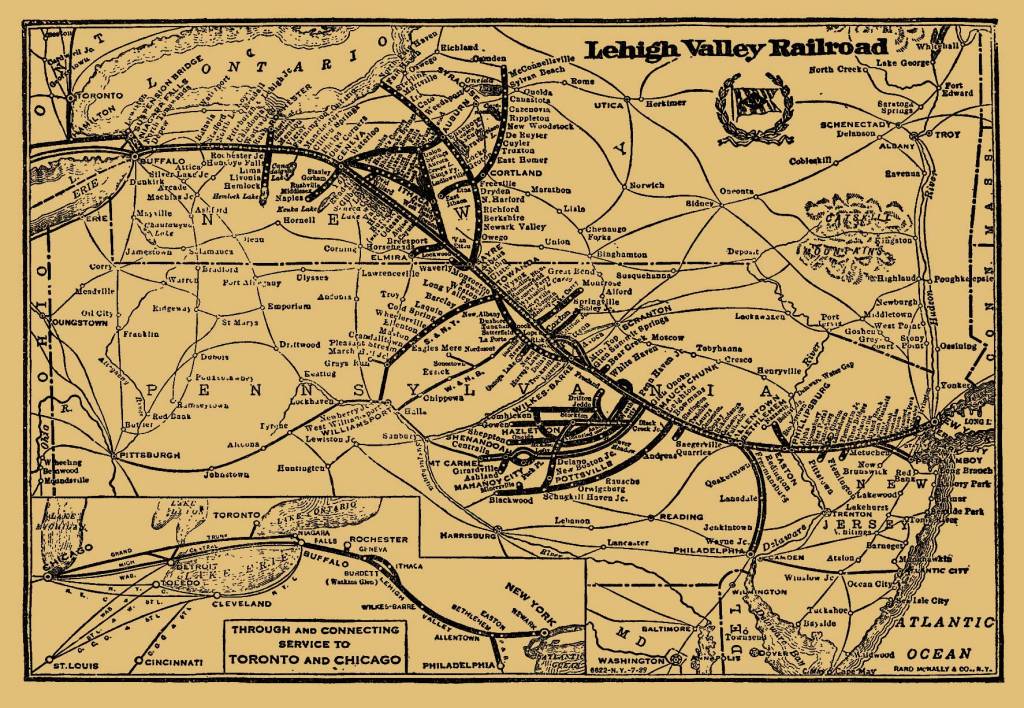 Company History: The Lehigh Valley Railroad (reporting mark LV) was one of a number of railroads built in the northeastern United States primarily to haul anthracite coal. It was authorized April 21, 1846 in the U.S. state of Pennsylvania and incorporated/established on September 20, 1847 as the Delaware, Lehigh, Schuylkill and Susquehanna Railroad Company. On January 7, 1853, the name was changed to Lehigh Valley Railroad. It was sometimes known as the Route of the Black Diamond, named after the anthracite it transported. At the time, anthracite was transported by boat down the Lehigh River; the railroad was meant to be faster transportation. The railroad ended operations in 1976 and merged into Conrail that same year.