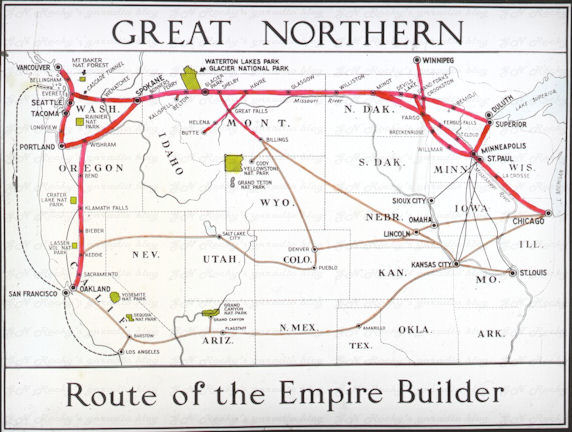 Company History: The Great Northern was born in 1881 with the consolidation of several railroads of the northern plains under the leadership of James J. Hill. By 1893, the mainline from the Great Lakes and the Mississippi River to Seattle was complete.