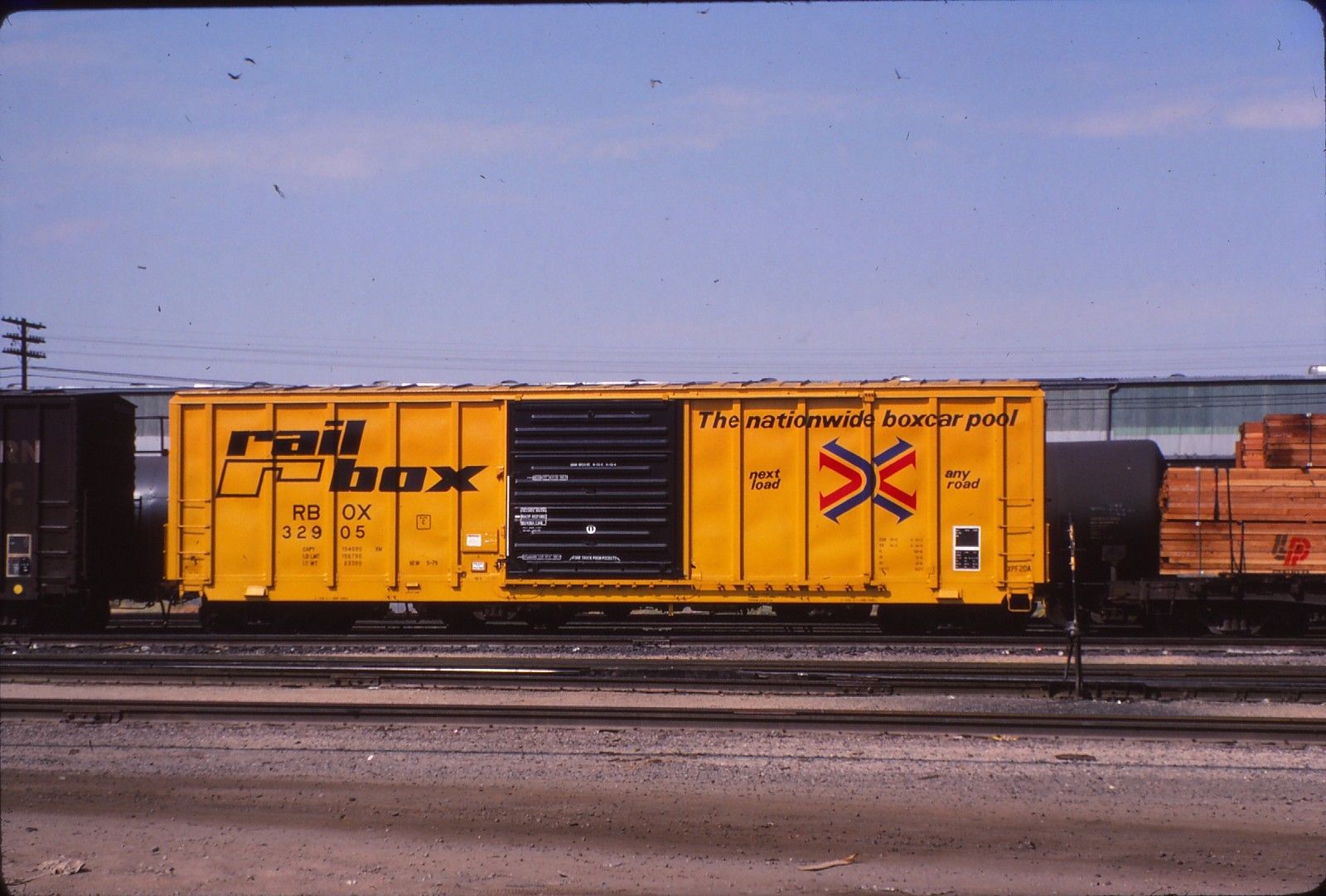 Company History: RailBox Company (reporting marks ABOX, RBOX, TBOX, FBOX), founded in 1974, was created to address a boxcar shortage in the United States in the 1970s.