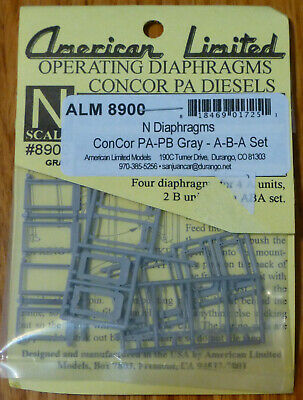 
Model Information: Con-Cor introduced these Kato-made locomotives in the late 1960s. Kato revised the mechanism in 1972 and in 1994 Con-Cor had a new mechanism made for Chinese production. In 2003, the engine was re-tooled again to be DCC-Ready.


DCC Information: All versions prior to 2003 are not DCC capable, but 2003 and later are DCC-Ready.