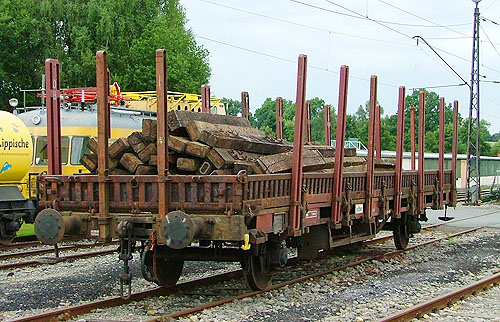 2-Axle flatcars of this type have been used to carry bulky goods, machines and vehicles. They are the successor to the well-known stanchion cars, some of which still have hinged or stanchions, but differ in their completely fold-down low side walls. Kbs 443 cars were first produced in 1959.

Many were used in railroad construction.. There, they served to transport track construction equipment, gravel and soil. These cars have remained in use through the early 2000's,