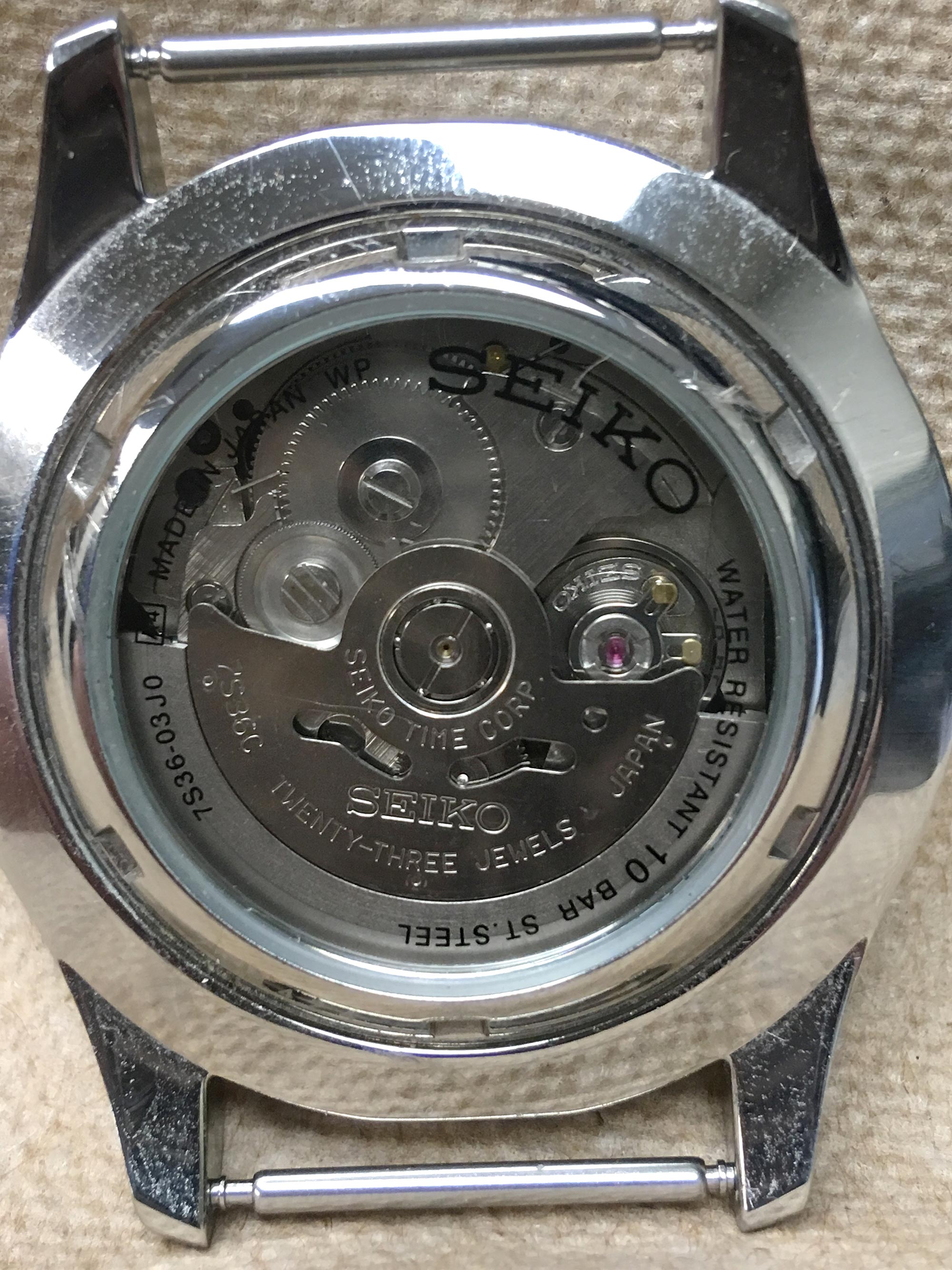 History: The 7S26 family was introduced in 1996 as a mainstream automatic watch movement, replacing the Seiko 7002 in many cases. Although earlier Seiko calibres featured quickset date using the crown in second position, the 7S26 adds a counter-clockwise quickset day feature as well. This family is non-hacking and not capable of hand winding, unlike its follow-on movements like the 6R15 and 4R35.

The 7S36 is substantially identical to their ages-old non-hacking, non-hand-windable 7S26 except for the addition of 2 cap jewels and their associated bridgelet. This takes the total jewel count to 23 vs the 7S26's 21. According to some, the 2 extra jewels don't do anything, but theoretically, non-functioning jewels cannot be included in the total count. One opinion I have seen is that the 2 extra jewels were introduced to improve shock-resistance. This is how they get around the "functioning" rule.