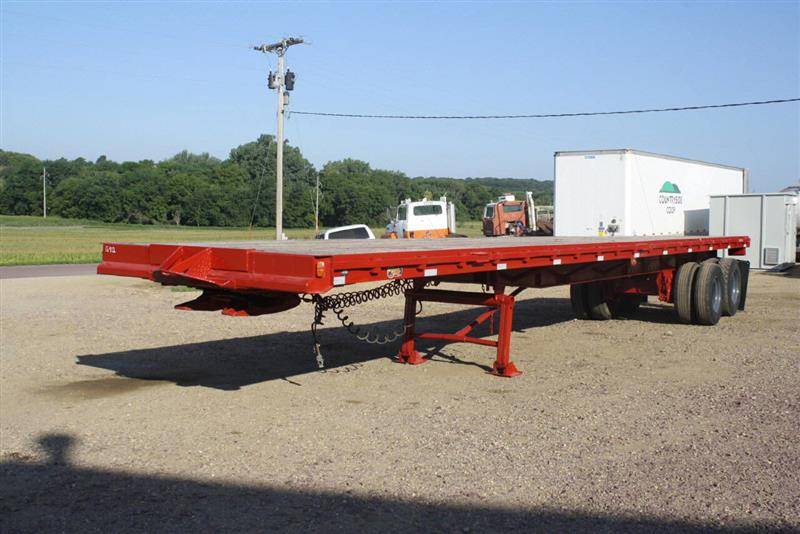 History: Fruehauf Trailer produced a variety of different flatbed trailers. During the 1960s the 40 and 45 foot dry models were quite popular and many are still in service today.