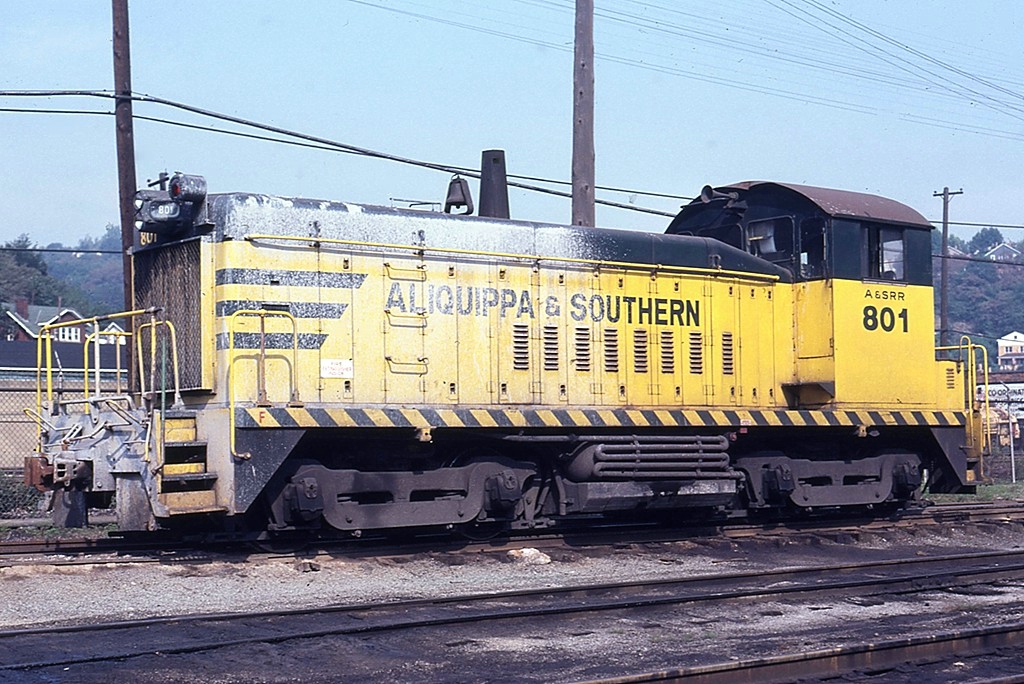 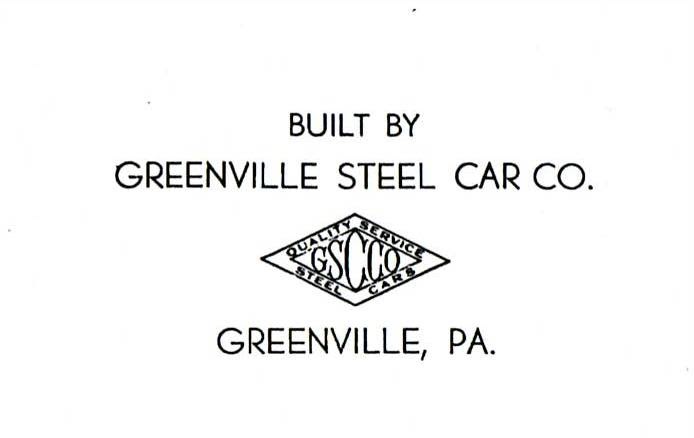 Company History: This line opened in 1910 to serve 17 miles of line in the Aliquippa, Pennsylvania area. At first the only customer was the line's owner, Jones & Laughlin Steel. In the 1920s, ALQS was re-classed as a common carrier and they began serving other customers in the area. In 1968, LTV Steel purchased Jones & Laughlin. In 1985, LTV closed the Aliquippa plant and the lion's share of traffic on the ALQS dried up yet the railroad struggled on. Gradually, the steel mill property was redeveloped for new commercial uses and the ALQS was there to serve. LTV fell into bankruptcy and in 2002 the railroad was sold to the Ohio Central System who established the Aliquippa & Ohio River to run it. 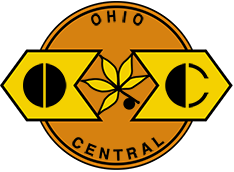 OHCR began in 1988 as a spin-off from Norfolk Southern of former Wheeling & Lake Erie (the pre-1949 W&LE) from Warwick to Zanesville, Ohio. The principle owner until recently was a medical professional who had bought a steam locomotive and wanted somewhere to run it. He would eventually build up a fleet of ten steamers of Grand Trunk Western, Lake Superior & Ishpeming, Canadian Pacific, Candadian National, Buffalo Creek & Gauley, Southern Wood Preserving Company, Nickel Plate, and Wheeling & Lake Erie ancestry. They successfully ran excursions through Ohioâs Amish communities for years, all the while building up the diesel powered freight business.

In 2008, the entire Ohio Central System was sold to the Genesess & Wyoming shortline group so the maroon, gray and yellow paint schemes are being slowly replaced by G&Wâs orange black and yellow. The original owner held onto his steam fleet, the shops where they are serviced and trackage rights to run them but no longer offers regular excursions open to the public.