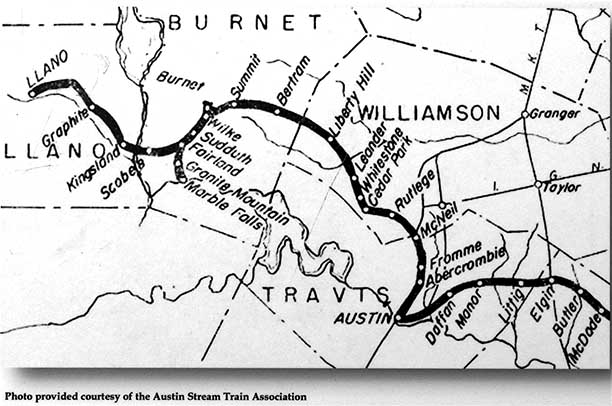 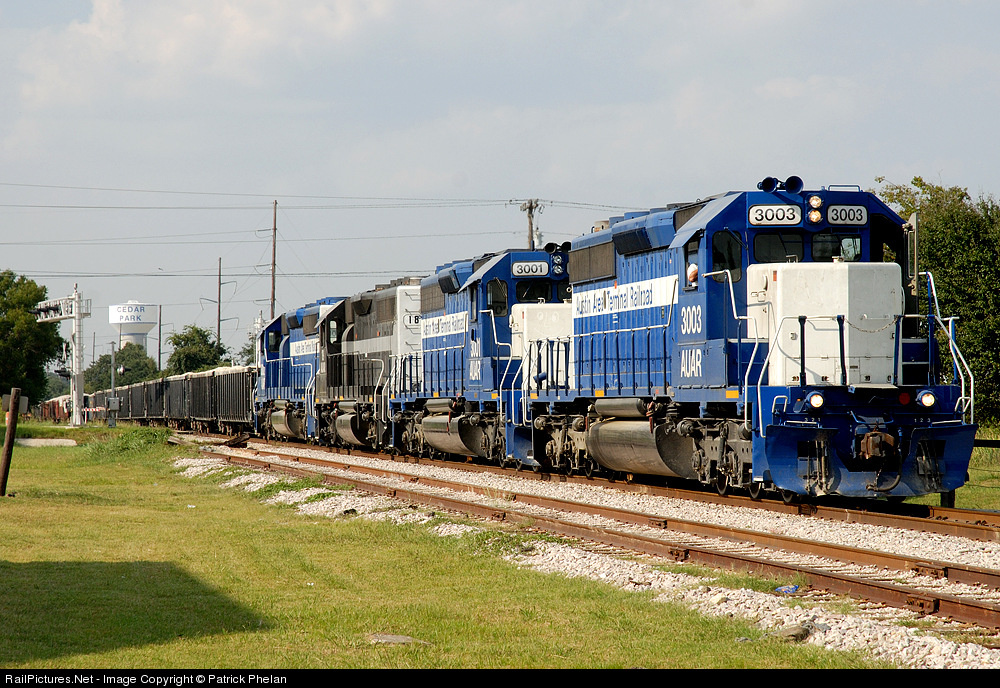 Company History: The Austin and Northwestern Railroad began construction on a rail line west of Austin, Texas, USA, toward Llano on April 20, 1881. The railroad was originally built as a 3 ft (914 mm) narrow gauge line with plans to connect to the Texas and Pacific Railway at Abilene. Construction reached Burnet, Texas, by 1882 and the line was later extended to Granite Mountain by 1885 - when the railroad was contracted to haul pink granite for the new Texas State Capitol building in Austin.
The line was converted to 4 ft 8 1â 2 in (1,435 mm) standard gauge and by 1892 the railroad was extended to Llano. In 1901 the Texas legislature approved the merger of the Austin and Northwestern and the Houston and Texas Central Railroad. The Texas and New Orleans Railroad absorbed the line in 1934 and it was later absorbed into the Southern Pacific Company.
In 1986, Southern Pacific elected to abandon the entire 163-mile (262 km) Giddings to Llano line. It was acquired by Capital Metro-City of Austin who approached shortline group RailTex to operate freight service. RailTex established the Austin & Northwestern to do just that. That arrangement lasted until 1996 when Longhorn Railway became the operator.
From 2000 to 2007, the route was operated by Austin Area Terminal Railroad. As of 2008 the railroad was still owned by Capital Metro (Austin's transit authority) and freight service operated by the Austin Western Railroad.

In 2007, the Watco shortline group took over the 155 mile line in the Austin, Texas area that had been previously run by Austin Area Terminal Railroad. Watco established the Austin Western to run the line which they still do to this day. What's with all the gondolas on this route? Quarries producing pink granite provide much of the traffic.
The Austin Western Railroad (AWRR) operates 181 miles of track from Llano, TX to Giddings, TX with a 6.4 mile branch extending from Fairland to Marble Falls,TX. The line dates back to 1871 when the Houston and Texas Central Railroad built the Giddings to Austin line. The AWRR interchanges with the UP at McNeil and Elgin. Nearly 60,000 carloads move annually, shipping commodities such as aggregates, crushed limestone, calcium bicarbonate, lumber, beer, chemicals, plastics, and paper. Capital Metropolitan Transportation Authority began commuter service in March of 2010, sharing the rail with the freight.