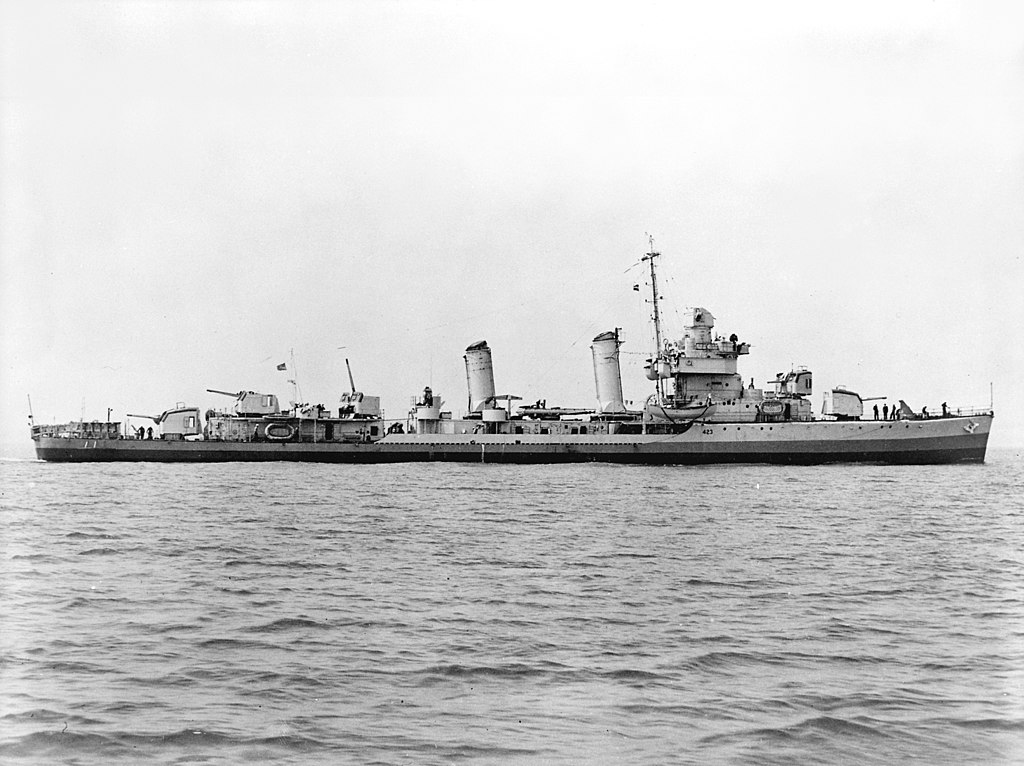 History: The Gleaves-class destroyers were a class of 66 destroyers of the United States Navy built 1938?42, designed by Gibbs & Cox. The first ship of the class was USS Gleaves. They were the production destroyer of the US Navy when it entered World War II.

The Gleaves class were initially specified as part of a 24-ship Benson class authorized in fiscal years 1938?40; however, Bethlehem Shipbuilding requested that the six ships designed by them use less complex machinery. Initially, Gleaves and Niblack, although designed by Gibbs & Cox and built by Bath Iron Works, were to follow the Benson design. This temporarily made Livermore the lead ship with more complex machinery, so the class was initially called the Livermore class, and this name persisted through World War II. However, it soon proved possible for Gleaves and Niblack to be built to the Livermore design. Since Gleaves was completed before Livermore and had a lower hull number, the class is more correctly the Gleaves class. Eighteen of these were commissioned in 1940?41. The remaining 48 "repeat Gleaveses" were authorized in 1940?42. These plus the 16 "repeat Bensons" were also known at the time as the Bristol class, after USS Bristol. During World War II the Bensons were usually combined with the Livermores (more correctly the Gleaves class) as the Benson-Livermore class; this persisted in references until at least the 1960s. The classes are now called the Benson-Gleaves class. In some references both classes are combined and called the Benson class. The Benson- and Gleaves-class destroyers were the backbone of the pre-war Neutrality Patrols and brought the action to the enemy by participating in every major naval campaign of the war.