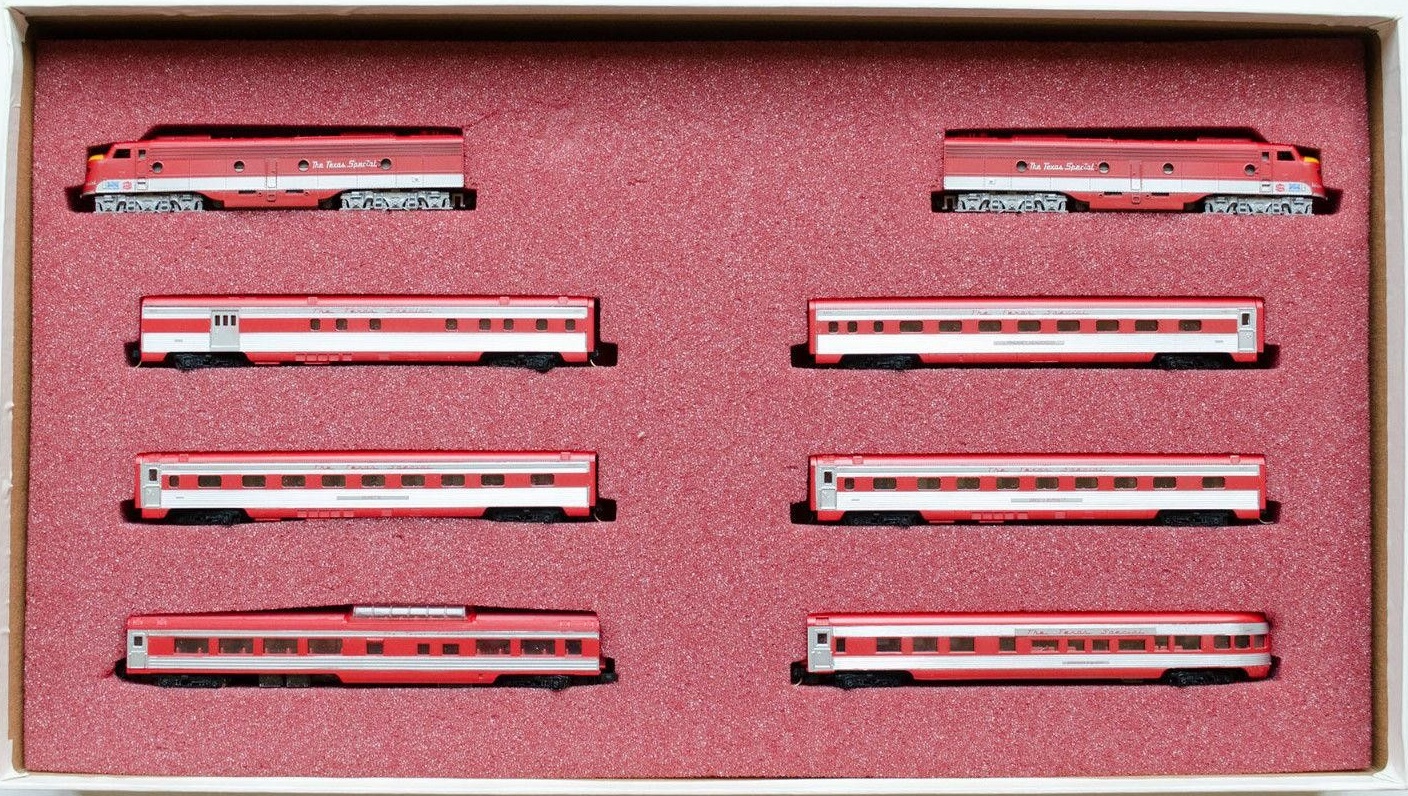 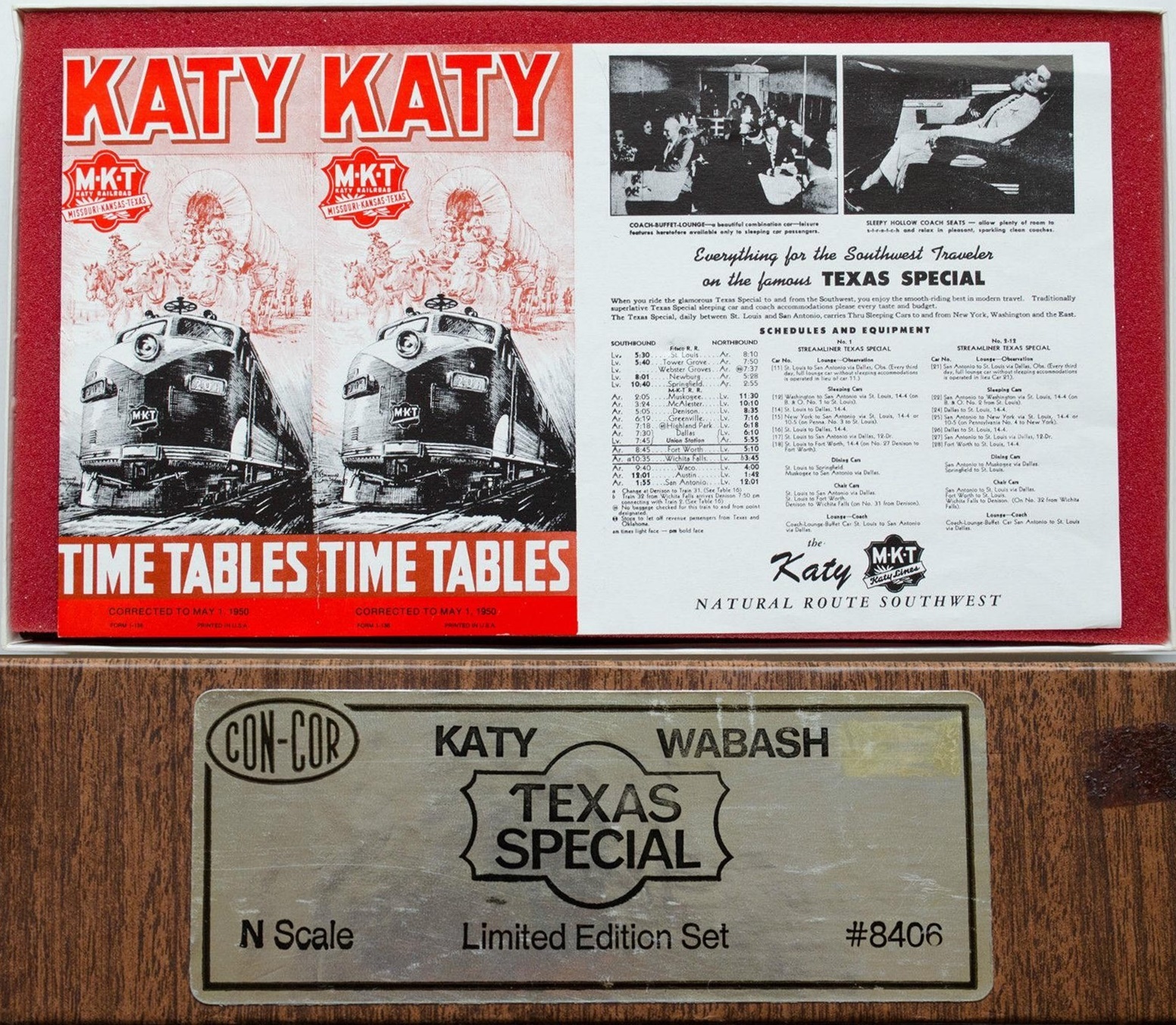 Specific Item Information: Limited Edition Set #16 Katy Wabash "Texas Special": 2 diesel locomotives with 6 corrugated cars.
The set in incorrectly label "Wabash", where it should be "Frisco" (SLSF). The locomotives are wearing heralds for MKT & Frisco, and cars reporting marks from either Katy or Frisco.