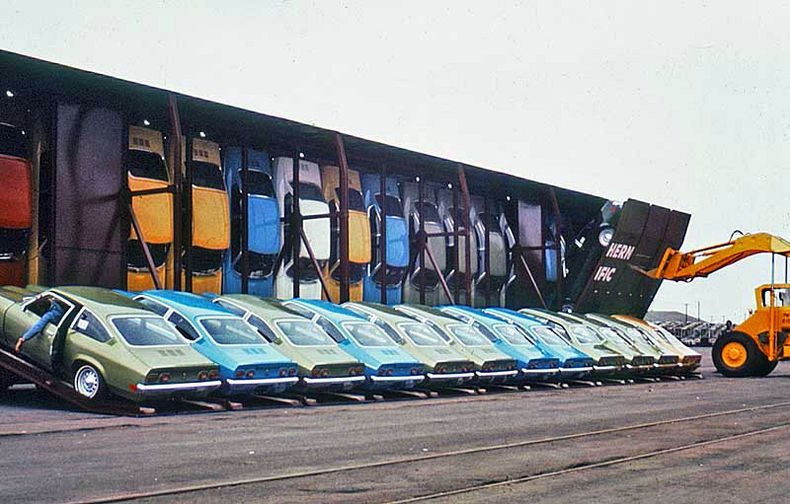 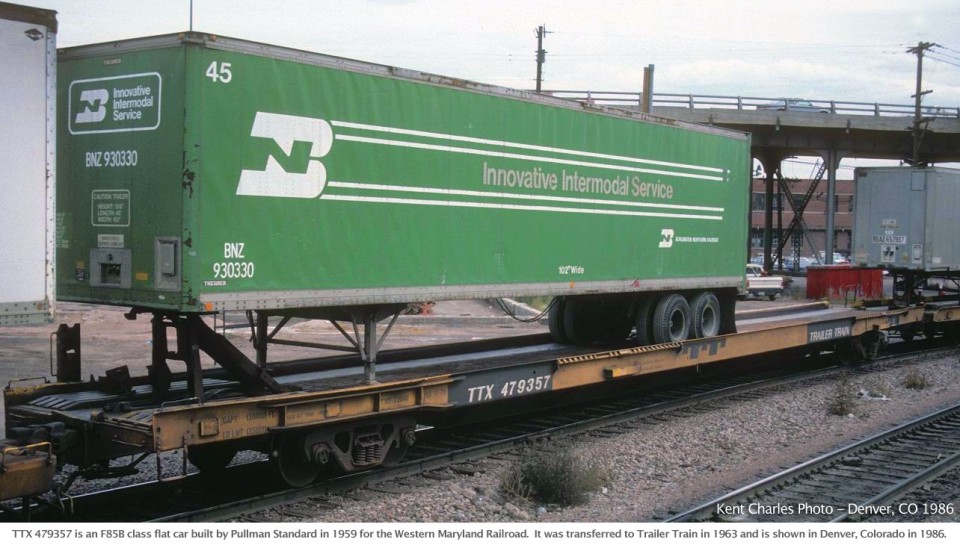 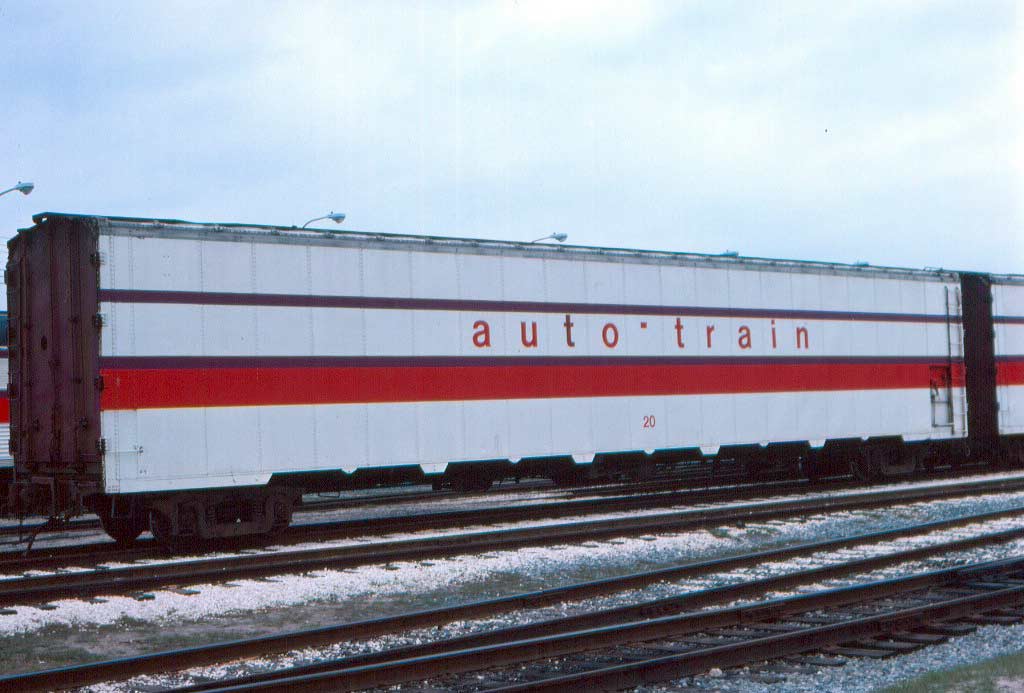 History: Until the early 1960s, automobiles that were moved by rail were carried in boxcars. These were 50 feet long with double-wide doors. Inside were room for four full-sized sedans on a two-tier rack - two raised up off the floor on a steel rack and two others tucked in underneath them. This protected the cars during transport but wasnât very efficient has the weight of four vehicles was far less than the maximum weight a boxcar that size could carry. When 85-foot and 89-foot flatcars came into service, it was possible to pack a total of fifteen automobiles in one car on tri-level auto racks. But it still didnât exceed the maximum allowable weight for each flatcar.