Specific Item Information: Only 150 sets made, but these were also available as singles. 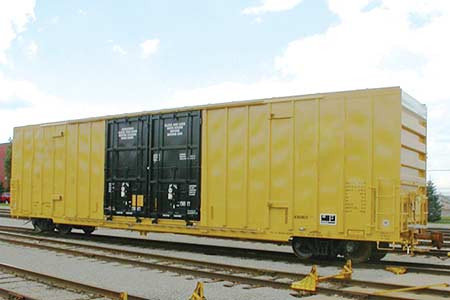 High-Cube boxcars are made by a number of manufacturers. They typically have a 100+ ton car capacity. They feature an inside length of 60-feet; an inside width of 9-feet; and a zero weld protrusion smooth interior wall with an interior height of 13-feet, 1-inch. The cars feature a variety of different door types which are typically 12 feet high. The floor is 4-inches high, composed of 70,000 pound nailable knurled steel. The cars can come with lading strap anchors, floor anchors and 15-inch end of car cushioning.