250.00Collectors value this item at an average of 250.00
Click to see the details
collector
This item is not for sale. This is a reference database. 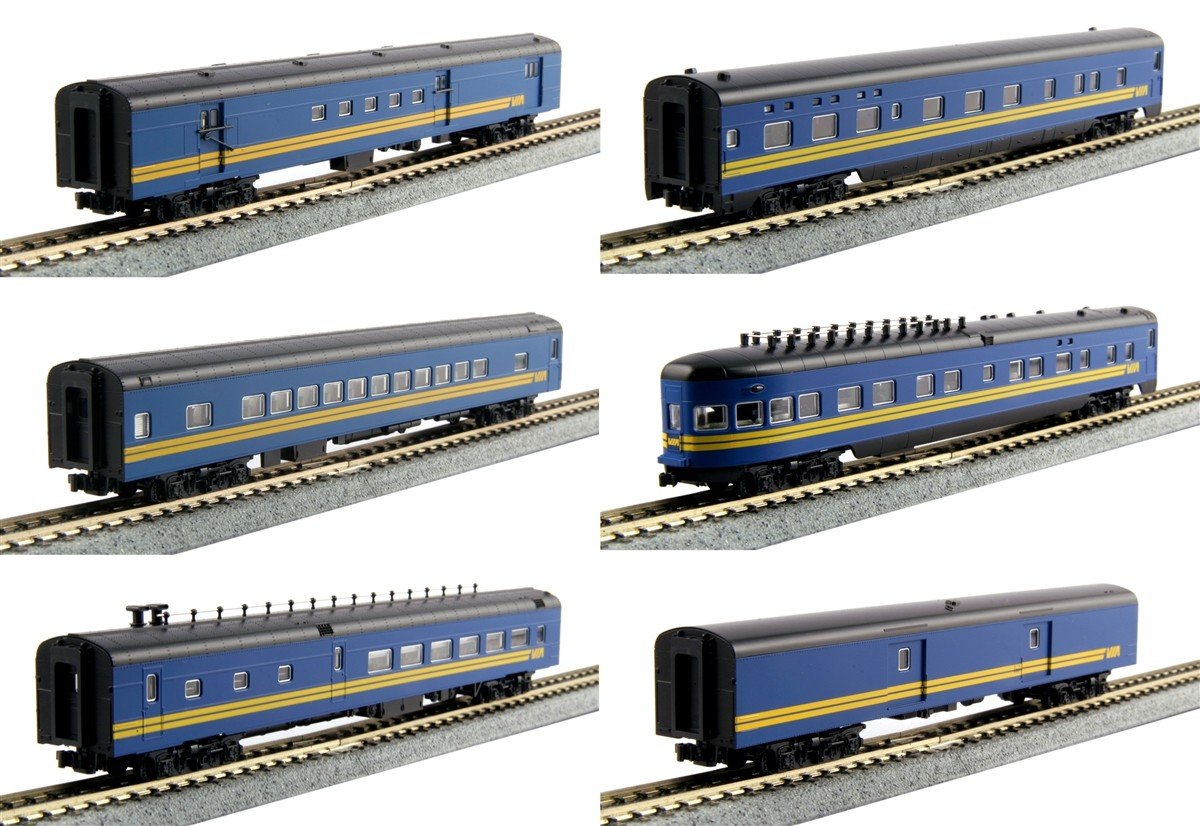 Specific Item Information: Kato is proud to announce a brand new Passenger car set â designed to replicate the continent-spanning trains of the Canadian National during the late 60âs and 70âs, this âTranscontinentalâ CN 7-Car Train will come packaged in Katoâs bookcase style packaging and will be released alongside a new release of F7A & F7B locomotives in CNâs signature black and white striped paint from the era!
This set uses a variety of ex-Union Pacific, Milwaukee, and Pennsylvania cars which the CN acquired over the years as they built up their passenger service in the pre-VIA Rail day!