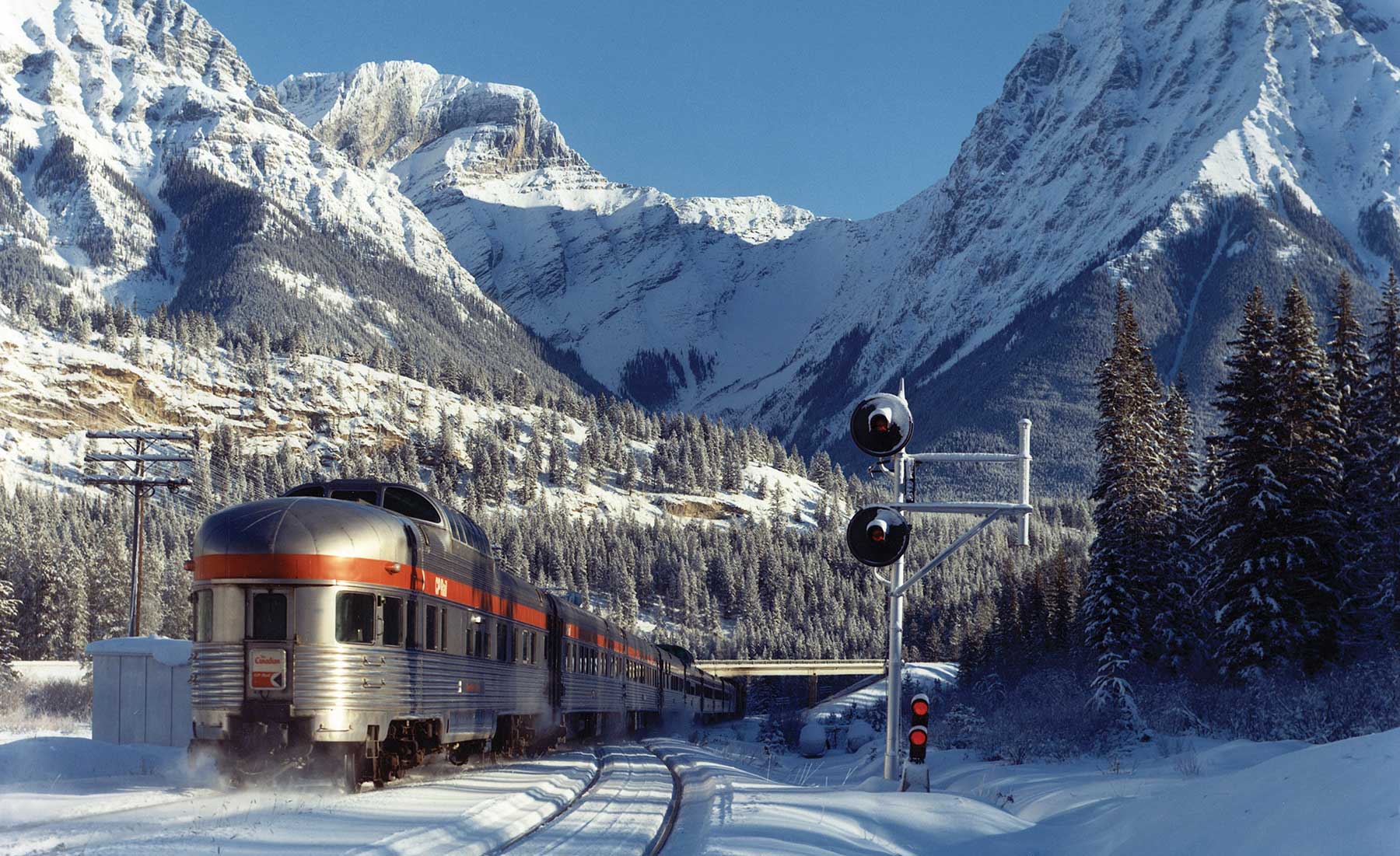 In 1953, CPR placed an order for 155 stainless steel cars with Budd Company of Philadelphia that included 18 rear-end dome cars (Park series), 18 Skyline mid-train dome cars, 30 coaches, 18 dining cars and 71 sleeping cars (Manor and ChÃ¢teau series). A subsequent order for 18 baggage-crew dormitory cars brought the final to total to 173 cars, sufficient for establishing an entirely new transcontinental service.
The Canadian was introduced by Canadian Pacific in April 1955 as its flagship transcontinental passenger train from Montreal and Toronto to Vancouver. It featured new FP9A locomotives and a consist of new stainless steel passenger cars built by Budd in Philadelphia.
The Canadian lasted with Canadian Pacific until 1978, when it was transferred to VIA Rail Canada. It continued to operate on the original Canadian Pacific routing until 1990, when it was moved to CN tracks. VIA refurbished and upgraded The Canadian to Head End Power and relaunched in 1992 under the âSilver and Blueâ branding.
The train was recently upgraded again, adding âPrestigeâ service cars at the rear. These are Chateau Sleepers and Park Cars converted to gorgeous suites with queen-size beds and private showers. Despite suffering from poor timekeeping by âthe freight railway,â The Canadian is still VIAâs flagship train. It still operates with the original Budd cars, and it still delights riders from around the world.
The Canadian could include as many as 30 cars, but is regularly between 18 and 22 cars long.

About Streamlined/Lightweight passenger cars:
In the post-war period, passenger rail service boomed. In order to increase efficiency, the railroads set to replacing their old wood, steel and concrete heavyweight passenger cars with newer lightweight, streamlined cars. The new cars were made from stainless steel, aluminum and Cor-Ten steel. These cars required less motive power to pull and were cheaper to manufacture. Production was also concentrated in a few manufacturers rather than each railroad making its own. This led to standardization which further reduced costs. The new "lightweight" cars were also given "streamlined" designs to make them more visually appealing. Budd, Pullman Standard and ACF were all well known manufacturers of these cars.