5.502 of these sold for an average price of: 5.50
Click to see the details
history
This item is not for sale. This is a reference database. 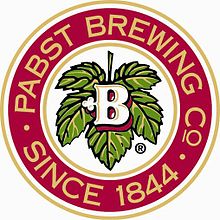 With over 30 beers in our portfolio, Pabst Brewing Company is the largest American-owned brewery. Since 1844, weâve taken pride in brewing beers that have become iconic, cherished American brands. Brands that promote regional pride, and brands that express common bonds amongst people all over the world.

Pabst is honored to be part of so many lives. We work tirelessly to provide worthy products and memorable experiences in local communities. Loyalty is hard to come by these days. Being your beer of choice is a great privilege, which is why we deliver nothing less than award-winning taste and quality.