These models are delivered in several variations:
- Early or Late body
- Rounded or Square windows
- Sill- or Body-mounted handrails


DCC Information: These models are DCC-Friendly and accept drop-in decoders such as the Digitrax DN163A0.

The DCC install requires some work, because of the reversible green/red classification lights, that will not come with the above replacement drop-in decoder. For this reason, these models are decidedly DCC-Friendly rather than DCC-Ready. In our opinion, it is worth the extra $ to buy a decoder-equipped version (with a NCE decoder) rather than do it yourself unless you are very comfortable with a soldering iron. Brad Myers has an excellent guide (NScaleStations Blog) on how to do it if you are feeling brave. 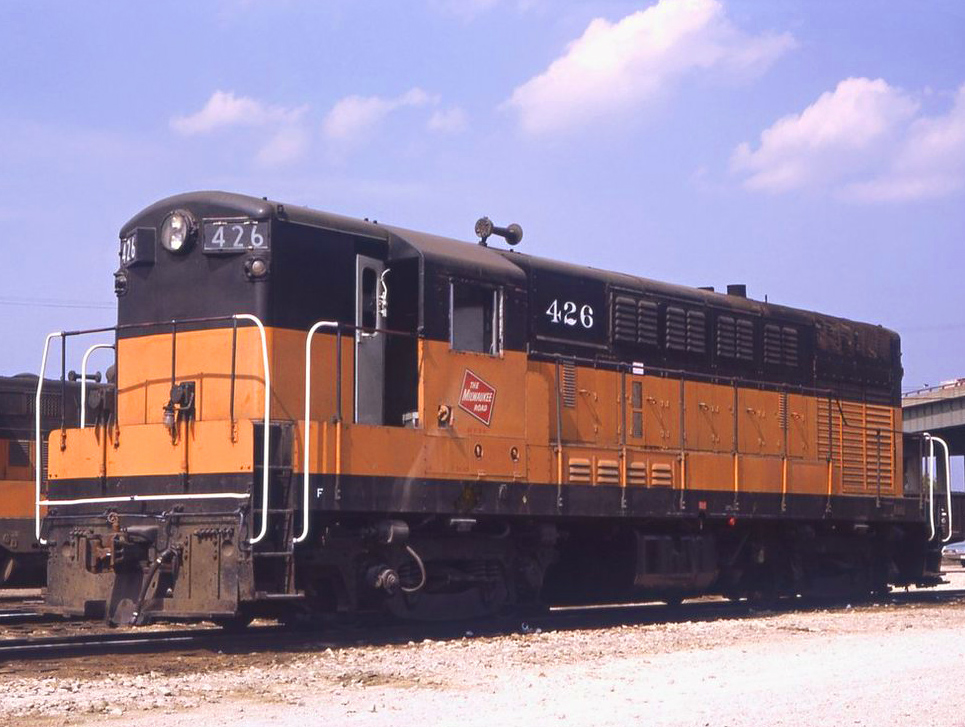 The FM H-16-44 was a road switcher produced by Fairbanks-Morse from April 1950 â February 1963. The locomotive shared an identical platform and carbody with the predecessor Model FM H-15-44 (but not the FM H-20-44 end cab road switcher which used a different carbody and frame and a larger prime mover), and were equipped with the same eight-cylinder opposed piston engine that had been uprated to 1,600 horsepower (1,200 kW). The H-16-44 was configured in a B-B wheel arrangement, mounted atop a pair of two-axle AAR Type-B road trucks with all axles powered. In late 1950, the AAR trucks were almost exclusively replaced with the same units found on the company's "C-liner" locomotives.

The FM H-16-44 would prove the builder's most successful road-switcher of the five Fairbanks-Morse ultimately cataloged. Not only did this particularly locomotive see strong sales but the company also found a variety of buyers including foreign lines in Mexico as well as orders through its subsidiary, the Canadian Locomotive Company. 209 were built for American railroads, 58 were manufactured from March 1955 â June 1957 by the Canadian Locomotive Company for use in Canada, and 32 units were exported to Mexico.