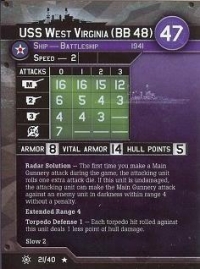 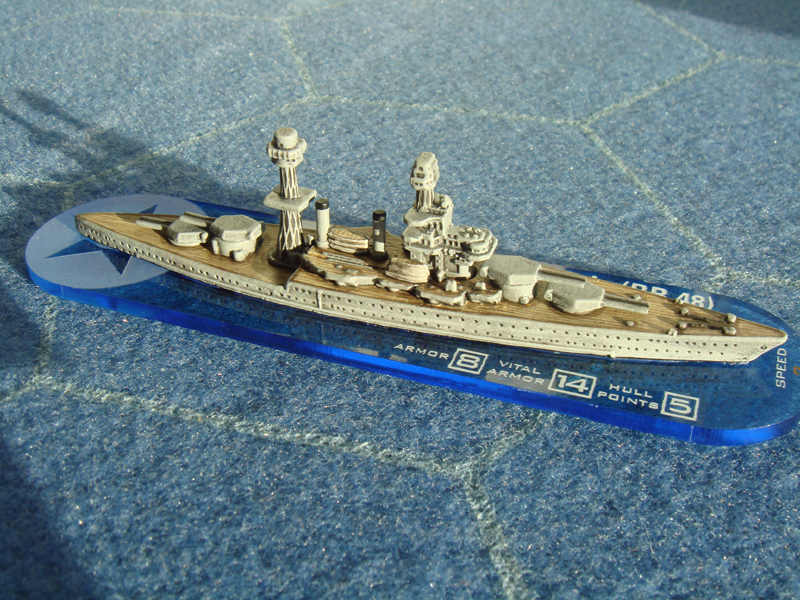 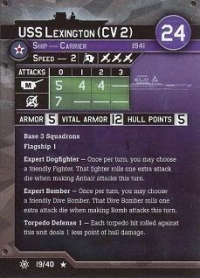 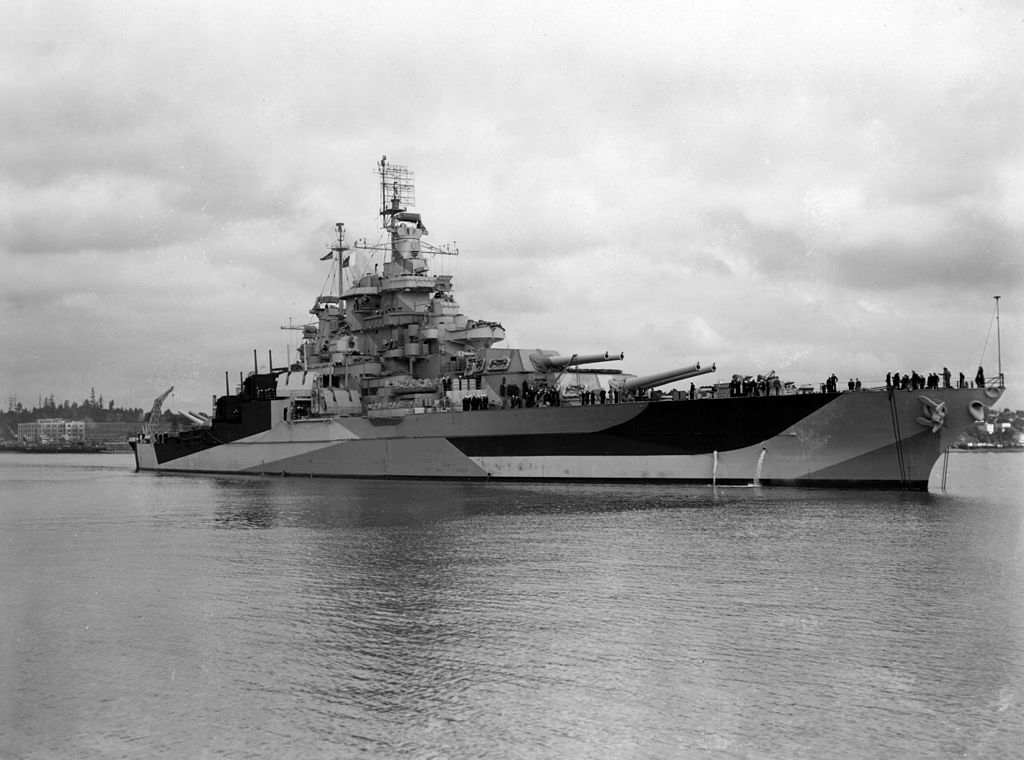 USS West Virginia (BB-48) was the fourth dreadnought battleship of the Colorado class, though because Washington was cancelled, she was the third and final member of the class to be completed. The Colorado class proved to be the culmination of the standard-type battleship series built for the United States Navy in the 1910s and 1920s; the ships were essentially repeats of the earlier Tennessee design, but with a significantly more powerful main battery of eight 16-inch (406 mm) guns in twin-gun turrets. West Virginia was built between her keel laying in 1920 and her commissioning into the Navy in 1923. The ship spent the 1920s and 1930s conducting routine training exercises, including the typically-annual Fleet Problems, which provided invaluable experience for the coming war in the Pacific. 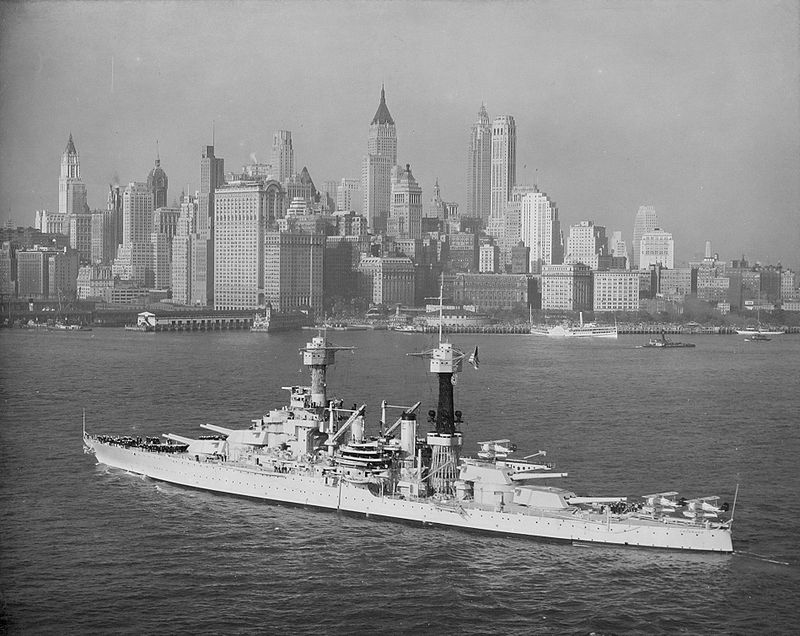 The Colorado-class battleships were a group of four battleships built by the United States Navy after World War I. However, only three of the ships were completed: Colorado, Maryland, and West Virginia. The fourth, Washington, was over 75% completed when she was canceled under the terms of the Washington Naval Treaty in 1922. As such, the Colorado-class ships were the last and most powerful battleships built by the US Navy until the North Carolina class entered service on the eve of World War II.

The Colorados were the final group of Standard-type battleships, designed to have similar speed and handling to simplify maneuvers with the line of battle. (The South Dakota class which was to follow would in several ways have been a departure from this practice.) Apart from an upgrade in striking power to eight 16-inch guns, the ships were essentially repeats of the earlier Tennessee class. The Colorados were also the last American capital ships built with four turrets and twin-mounted guns. The change to larger guns was prompted by the Japanese Nagato-class battleships, which also mounted eight 16-inch guns.

All three ships had extensive careers during World War II. Maryland and West Virginia were both present during the attack on Pearl Harbor on 7 December 1941. Maryland escaped relatively unscathed; West Virginia was sunk in the shallow waters of the harbor but subsequently raised and repaired. All three ships served as artillery support ships during amphibious operations. Maryland and West Virginia were present at the last surface action between battleships, the Battle of Surigao Strait during the Battle of Leyte Gulf in October 1944. The three ships, put into the reserve fleet after the end of the war, were scrapped by the late 1950s.