8.00One of these sold for an average price of: 8.00
Click to see the details
history
This item is not for sale. This is a reference database. 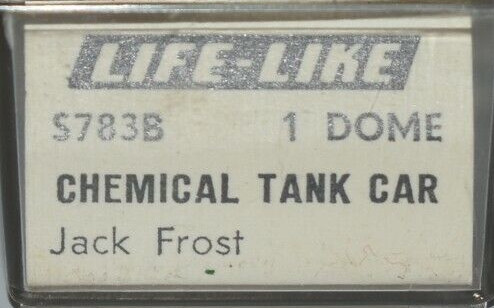 Model Information: This body style dates to the 1970s. Apparently this body style was originally made for Atlas to replace their earlier tank cars but, was used for Life-Like releases. Life-Like lists four different road names in their 1977 price list.