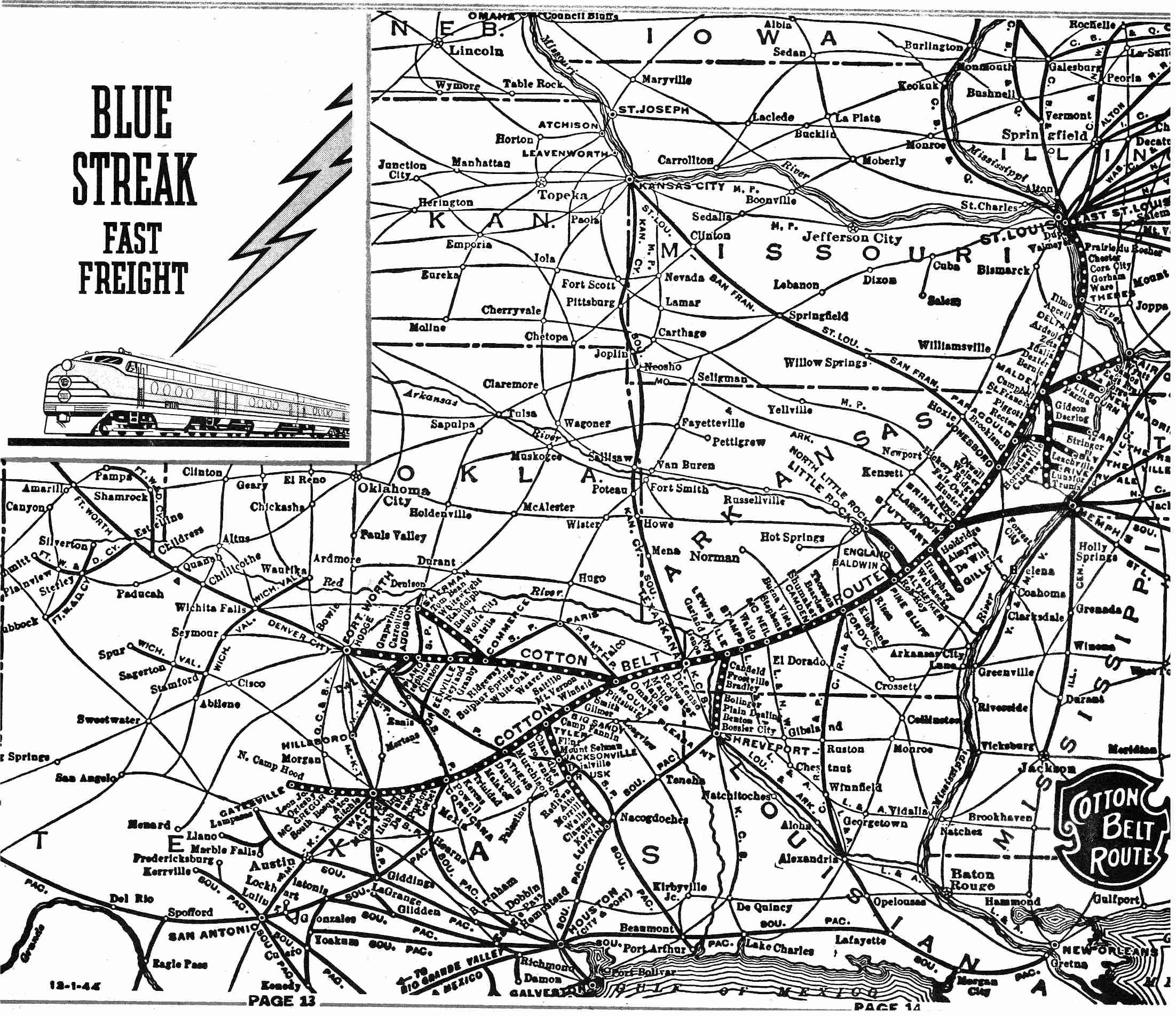 Company History: The St. Louis Southwestern Railway (reporting mark SSW), known by its nickname of "The Cotton Belt Route" or simply Cotton Belt, is a former US Class I railroad which operated between St. Louis, Missouri, and various points in the states of Arkansas and Texas from 1891 to 1992.