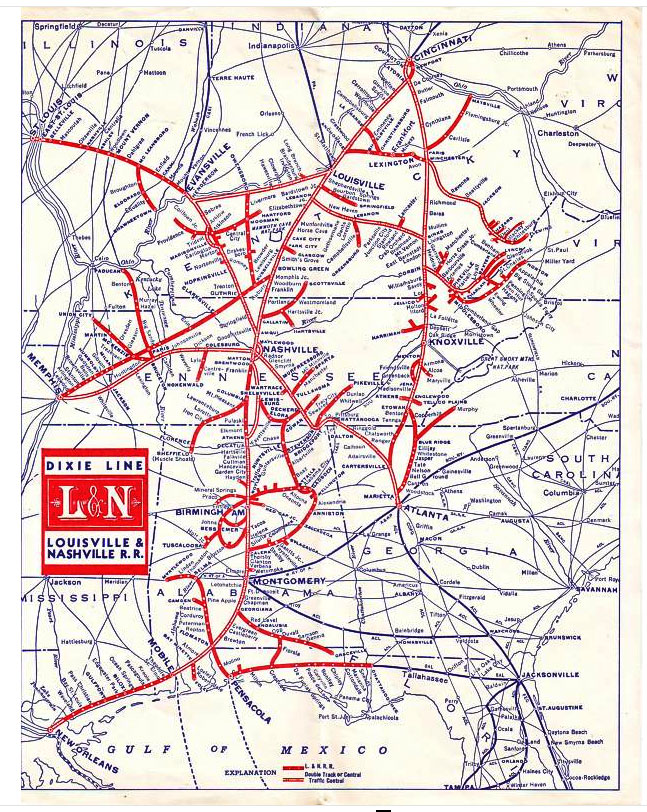 Company History: The Louisville and Nashville Railroad (reporting mark LN), commonly called the L&N, was a Class I railroad that operated freight and passenger services in the southeast United States.