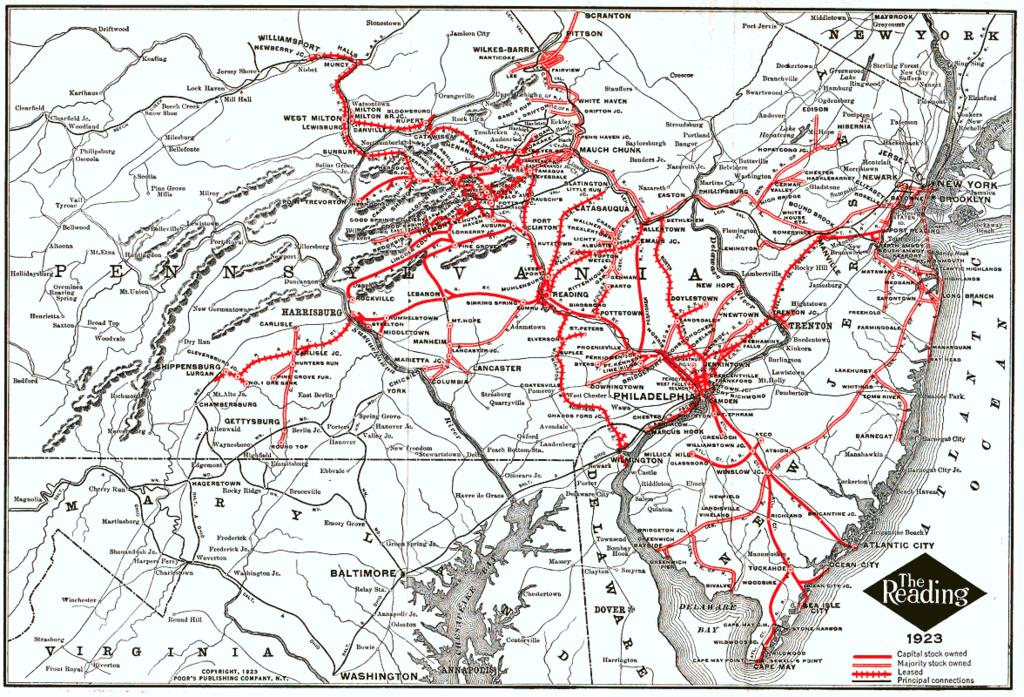 Company History: Letâs get a couple of quick clarifications out of the way first. Reading rhymes with bedding and is not âreadingâ a book. Second, the only âReading Railroadâ is on the Monopoly game board. Its actual name was âReading Companyâ with âReading Linesâ used on logos and advertising.