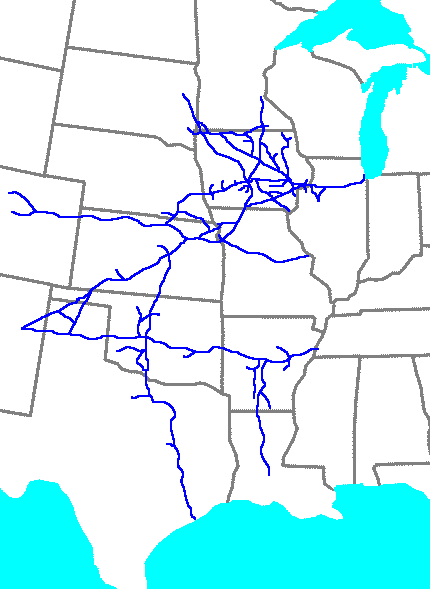 Company History: The Chicago, Rock Island and Pacific Railroad (CRI&P RR) (reporting marks RI, ROCK) was a Class I railroad in the United States. It was better known as the Rock Island Line, or, in its final years, The Rock. At the end of 1970 it operated 7183 miles of road on 10669 miles of track; that year it reported 20557 million ton-miles of revenue freight and 118 million passenger-miles. (Those totals may or may not include the former Burlington-Rock Island Railroad.)