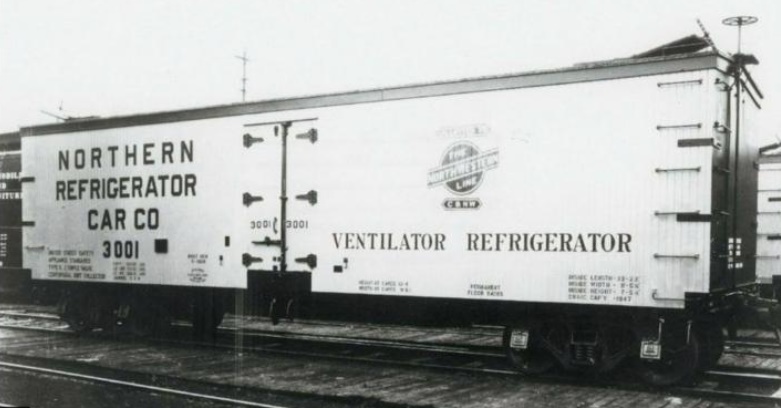 Northern Refrigerator Line (reporting mark NRC) began as a subsidiary of the Cudahy Packing Co. and was spun off in 1922 as Northern Refrigerator Car Company. In 1928, NRC was purchased by Merchants Despatch but continue operating as a separate entity. Merchants Despatch formally absorbed NRC in 1962, but cars retained their NRC reporting marks.
The bulk of the fleet was Pullman 40' Wood Reefers following the USRA design with steel fishbelly underframes, built in the 1920s.