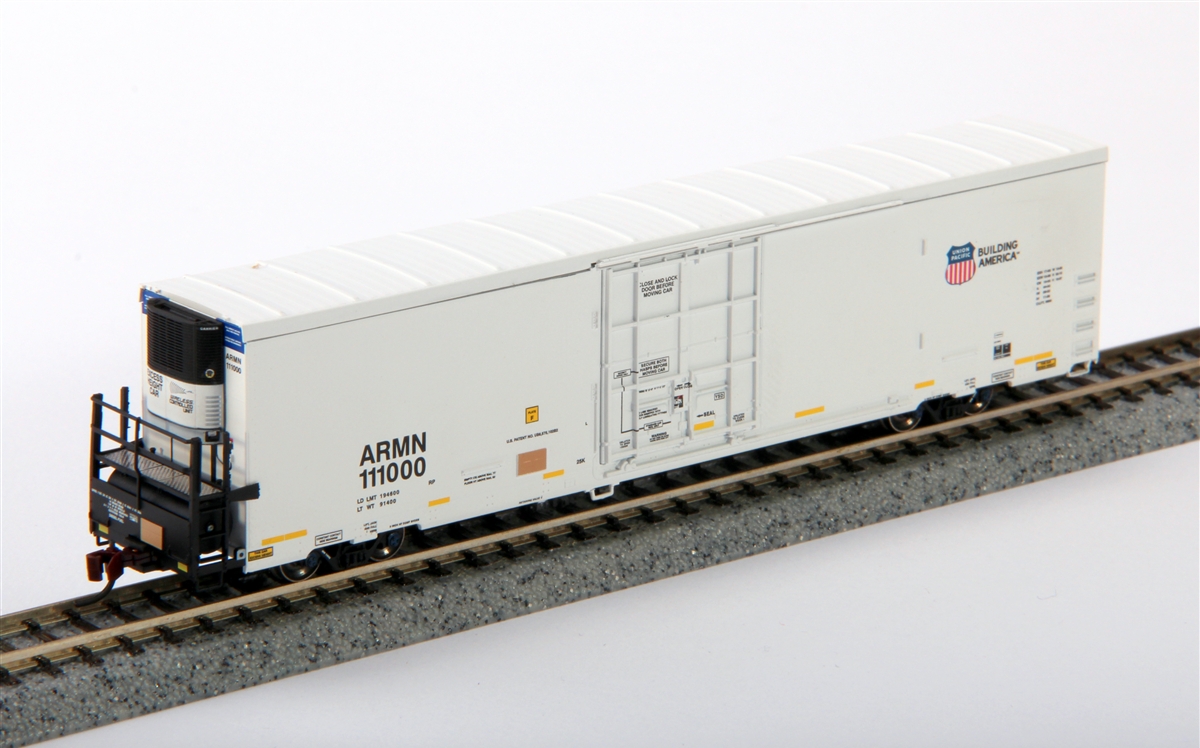 Model Information: Bachmann originally released this body style in 1968 and marketed it as a 47 Foot 70 Ton hopper. It was released in 6 different road names with the standard nickel-silver plated wheels and Rapido couplers. One product number 5499 lists the road name as "assorted". My guess is that means you can get any one of the 6 road names in this box. Later catalogs ONLY list the assorted version. Again, my guess is that Bachmann was having trouble keeping all 6 road names in stock at all times.

More recently this car has been updated with EZ-Mate II couplers and blackened metal wheels. The new releases are marketed as a "PS-2 Three Bay Covered Hoppers". With five hatches on each side, a center mounted roofwalk, 3 bays, ribs and the same brake wheel placement, it is clear that this is the same car as the earlier 47 Foot 70 Ton Covered Hopper. Whether a new mold was created is anybody's guess, but with the long lifespan of this body style, it is likely the mold has been redone more than once in the near 50 year lifetime of this tooling.