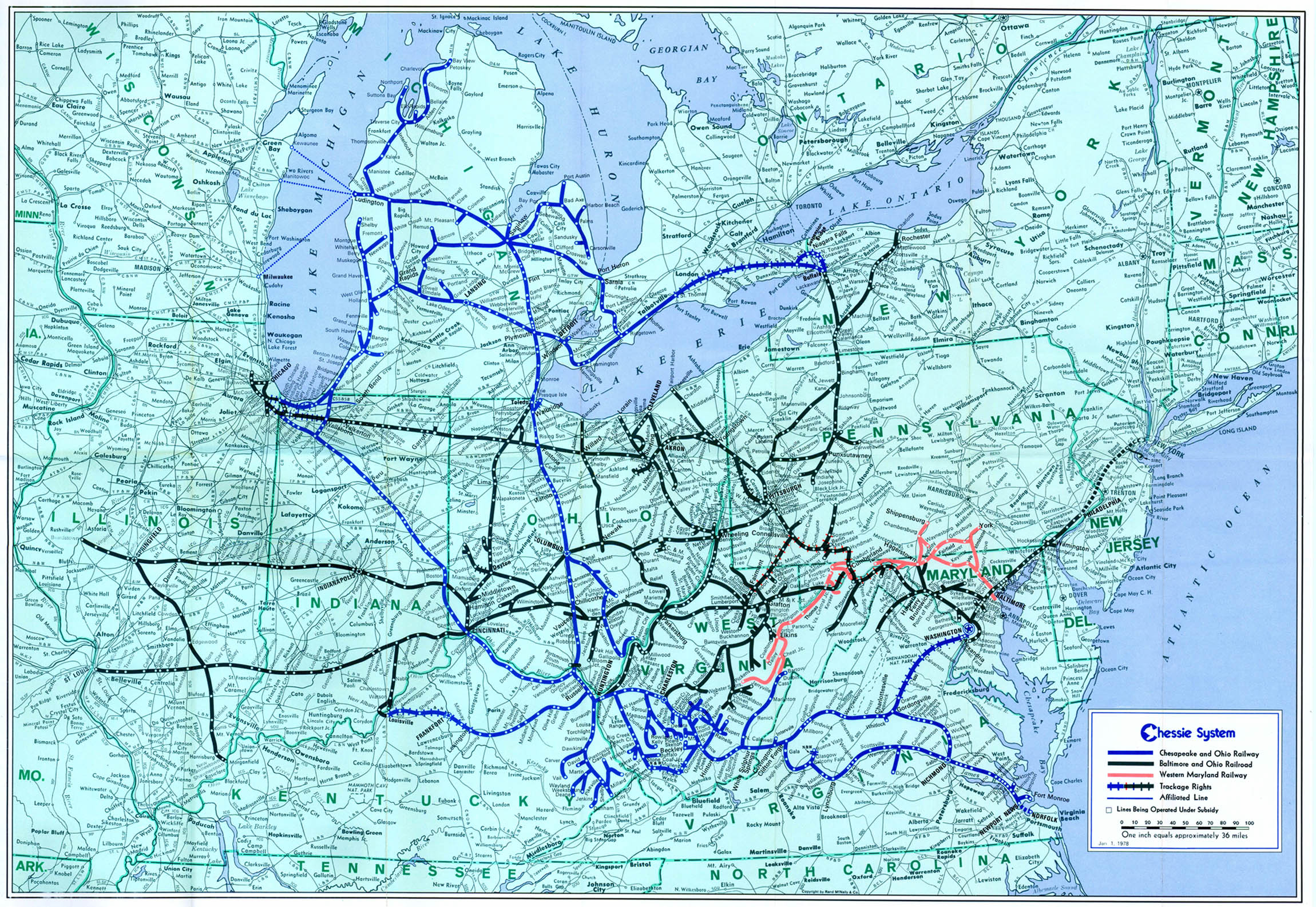 Company History: Chessie System, Inc. was a holding company that owned the Chesapeake & Ohio Railway (C&O), the Baltimore & Ohio Railroad (B&O), the Western Maryland Railway (WM), and several smaller carriers. It was incorporated in Virginia on February 26, 1973, and it acquired the C&O (which controlled the other companies) on June 15. C&O had been popularly known as "Chessie System" since the 1930s.