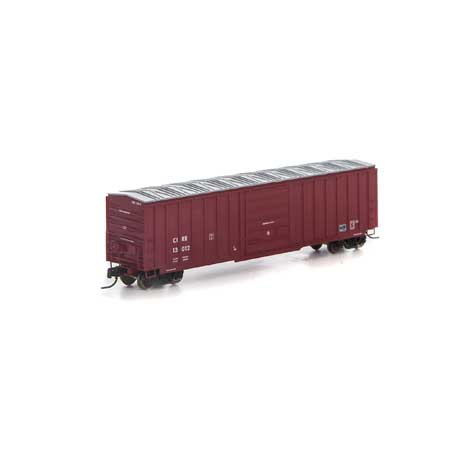 The CIRR was chartered in 1961 to build a line between Hilton and Saffold in southern Georgia. Operations began in 1963. For most of its history, the line was owned by paper giant Georgia-Pacific whose huge mill in the area is the source of most of CIRR's traffic. Interchanges are with CSX, NS and Georgia Southwestern. The motto for the Chattahoochee Industrial is "Better by a Dam Site" which appeared on many of their freight cars.

Although the line is just a touch over 15 miles long, around 10 locomotives are required to handle the heavy traffic. From startup into the 90s, most of the work was done with secondhand Alco RS-1âs.

In 2004, Georgia-Pacific sold many of their railroads, the CIRR included, to the Genesee & Wyoming group. Today, the RS-1âs are gone although several have been made into slugs, and secondhand EMD's now do the work.