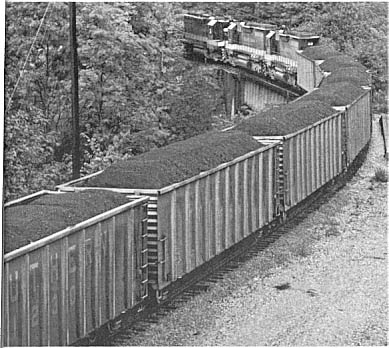 History: One of Southern's achievements was the "Silverside" equipment used on the unit trains for the coal transloading operation. The name comes from the aluminum body that holds more than 100 tons of payload. It was the first freight car of its kind when designed by Southern in 1959. The manner in which Southern first put "Silversides" to work, in January of 1960, was new at the time. The cars operated in round-trip operation between a high-production coal mine and a power plant in Alabama. This operation was the first application of the unit train concept in America.