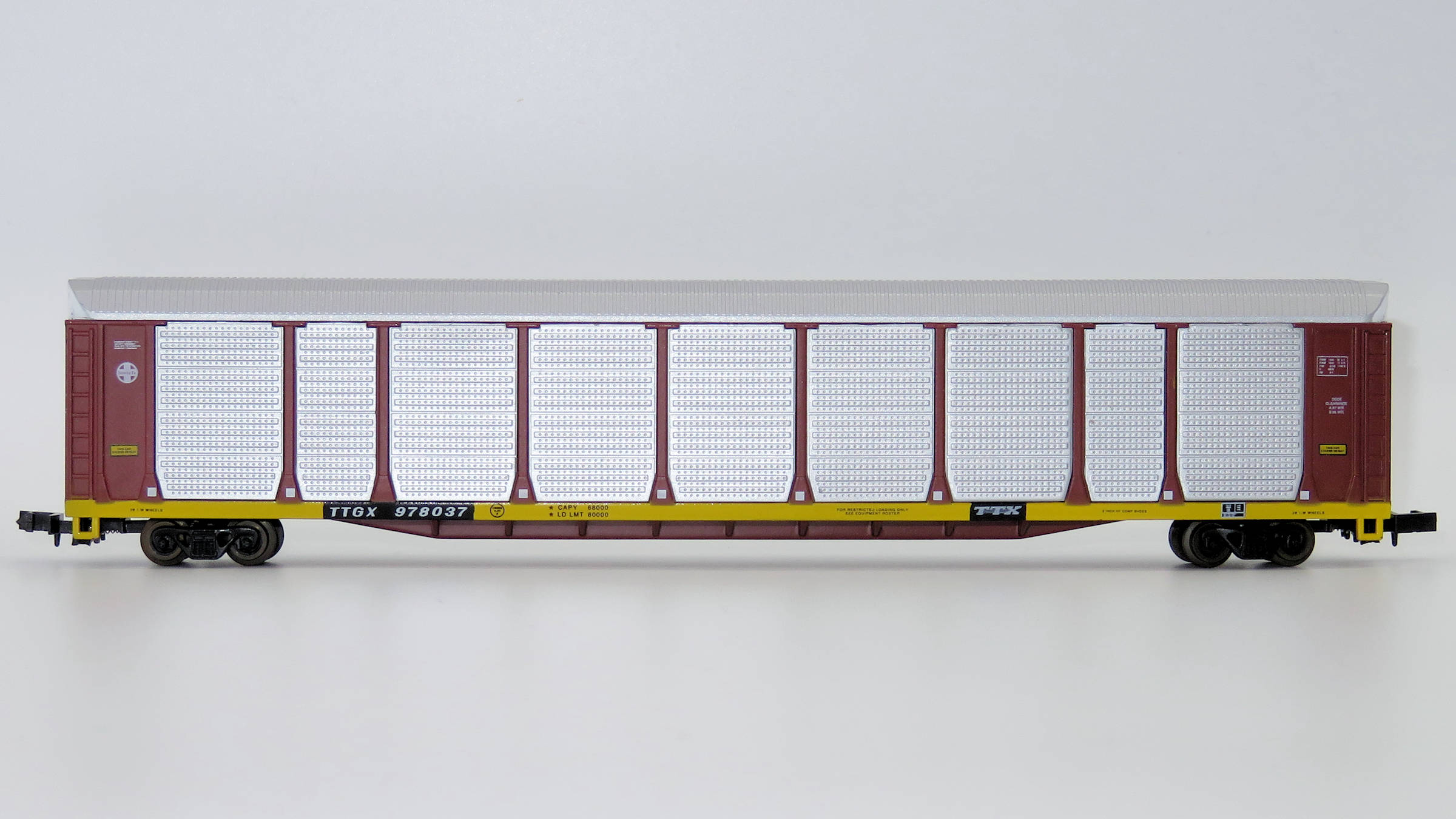 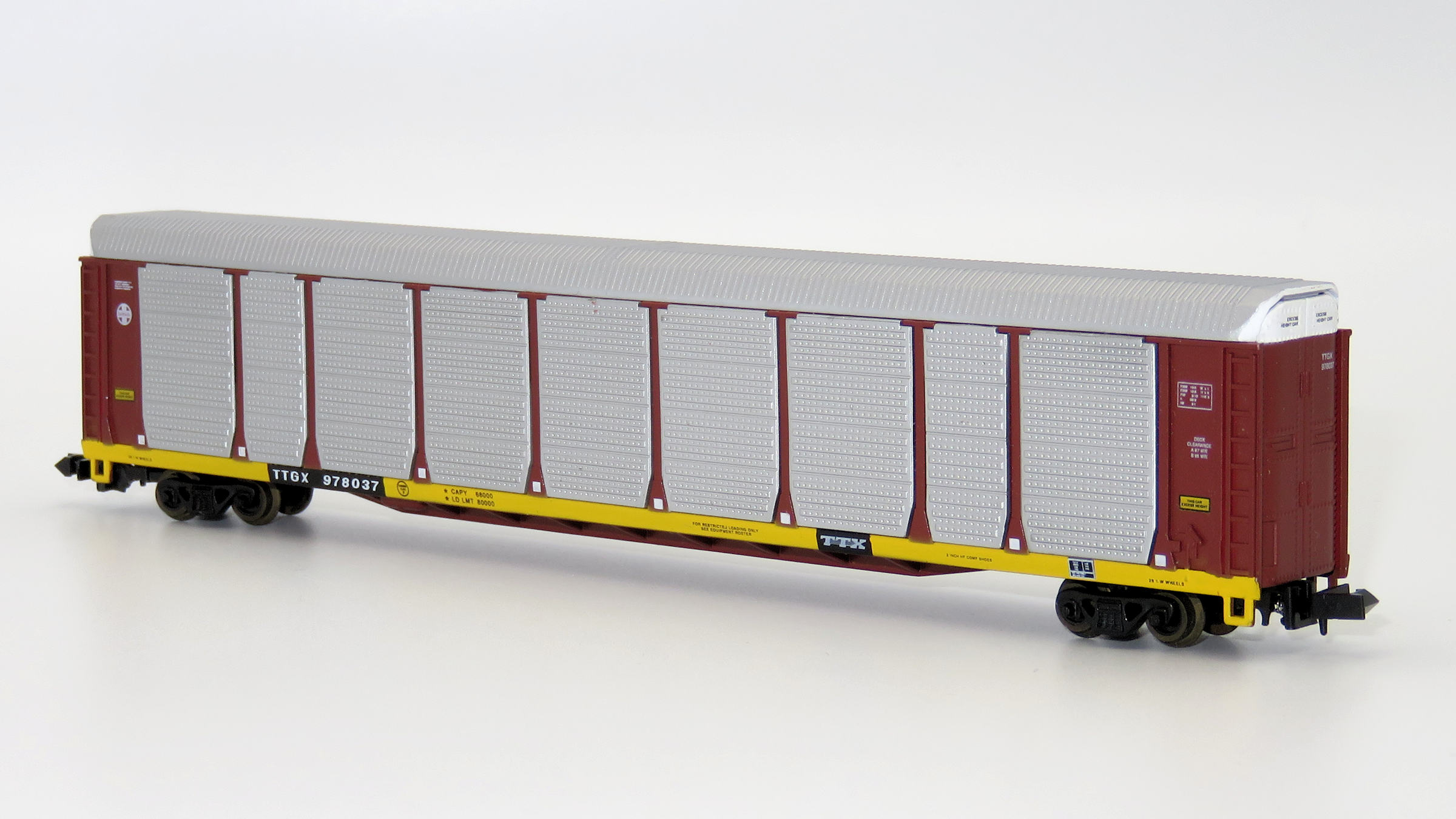 Model Information: Con-Cor released this model sometime in the late 1980s or 1990s. Con-Cor markets these as Tri-Level autoracks, but it is clear from the end-doors that these are bi-level models. They are a copy of the Walthers HO autorack kit. Unlike many Chinese-made models from the 1980s and 1990s, these use metal wheelsets (or at least the sample we have does). They are weighted with two 1/4 oz weights inside the model, one at each end, presumably to improve tracking.