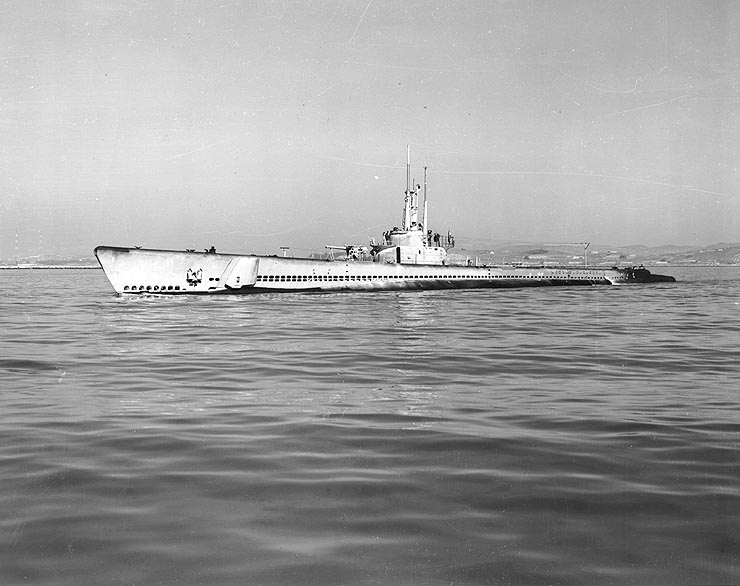 History: The Balao class was a successful design of United States Navy submarine used during World War II, and with 120 units completed, the largest class of submarines in the United States Navy. An improvement on the earlier Gato class, the boats had slight internal differences. The most significant improvement was the use of thicker, higher yield strength steel in the pressure hull skins and frames, which increased their test depth to 400 feet (120 m). Tang actually achieved a depth of 612 ft (187 m) during a test dive, and exceeded that test depth when taking on water in the forward torpedo room while evading a destroyer.

The Balaos were similar to the Gatos, except they were modified to increase test depth from 300 ft (90 m) to 400 ft (120 m). In late 1941, two of the Navyâs leading submarine designers, Captain Andrew McKee and Commander Armand Morgan, met to explore increasing diving depth in a redesigned Gato. A switch to a new High-Tensile Steel (HTS) alloy, combined with an increase in hull thickness from 9â 16 inch (14.3 mm) to 7â 8 inch (22.2 mm), would result in a test depth of 450 ft (140 m) and a collapse depth of 900 ft (270 m). However, the limited capacity of the trim pump at deep depths, and lack of time to design a new pump, caused Rear Admiral E. L. Cochrane, Chief of the Bureau of Ships, to limit test depth to 400 ft (120 m). Fortunately, in 1944 a redesigned Gould centrifugal pump replaced the noisy early-war pump, and effective diving depth was increased.