Please help support TroveStar. Why?
One of these sold for: 40.00 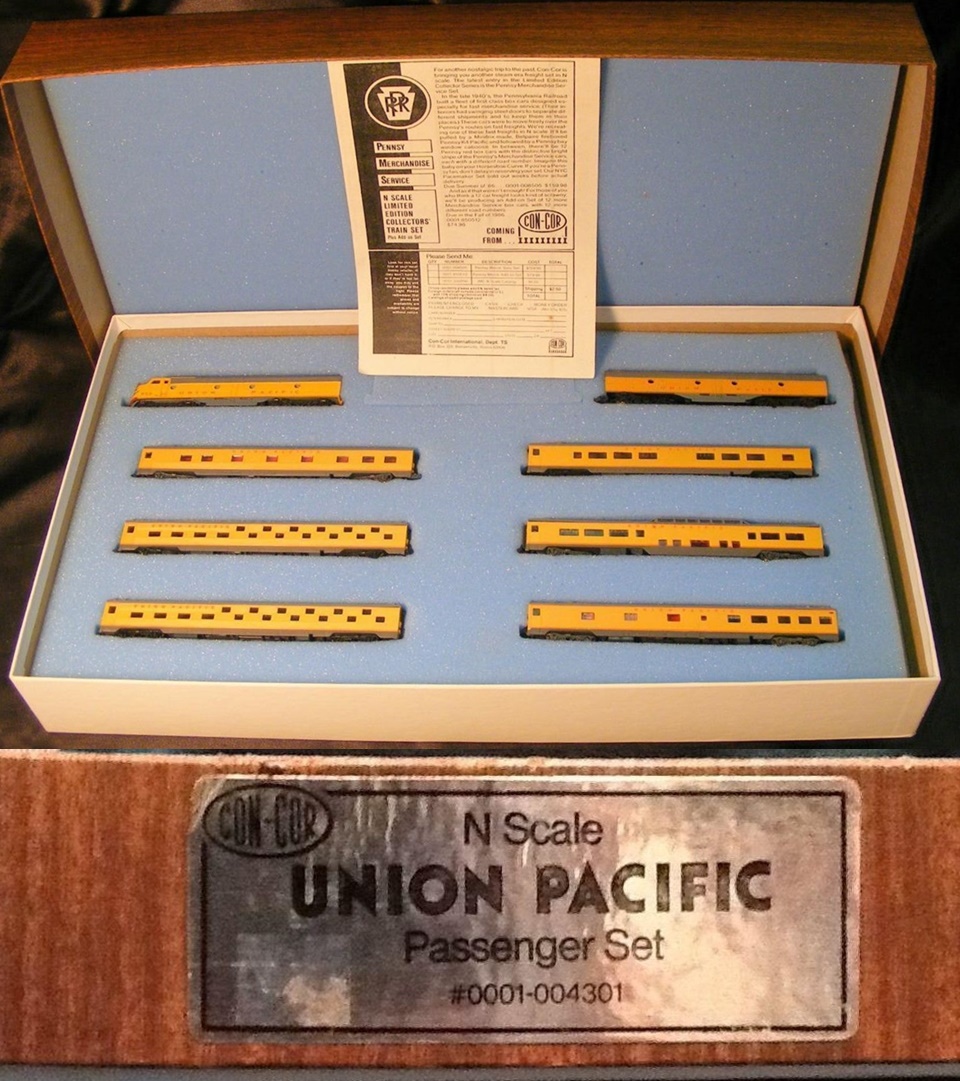 324 sets produced (according to Con-Cor pamphlet)

Series Information: Con-Cor "Special Edition Sets" or "Special Limited Edition Sets" were the result of Con-Cor using the last of their stock of cars. Several new molds had to be made to accomplish this project as the original molds by RÃ¶wa had been destroyed in a fire. Several RÃ¶wa passenger cars in these sets were delivered unnumbered.
There has been two subseries:
First subseries - mid to end 1980s: These sets are furnished with usual wood-grained cardboard box that was used for the "Limited Edition sets'. The label does not have any mention of "Special" or "Limited" set. They contain locomotives and cars.
Second subseries - early 2000s: These sets were delivered in the colorful packaging 'Great American Trains' that was also used for the latest of the "Limited Edition Sets". They are marked " Special Edition Set" on the side label. They contain only cars; the matching locomotives were sold as separate items.