Model Information: E&C shops originally designed this tooling in the mid 1970's. It was later acquired by LBF and then by Hubert's and as of recently by InterMountain. Cars come factory equipped with Micro-TrainsÂ® trucks/couplers and come with a loads. Examples can be found with E&C, LBF and Hubert's branding. InterMountain (as of 2/2020) has not yet produced a release. 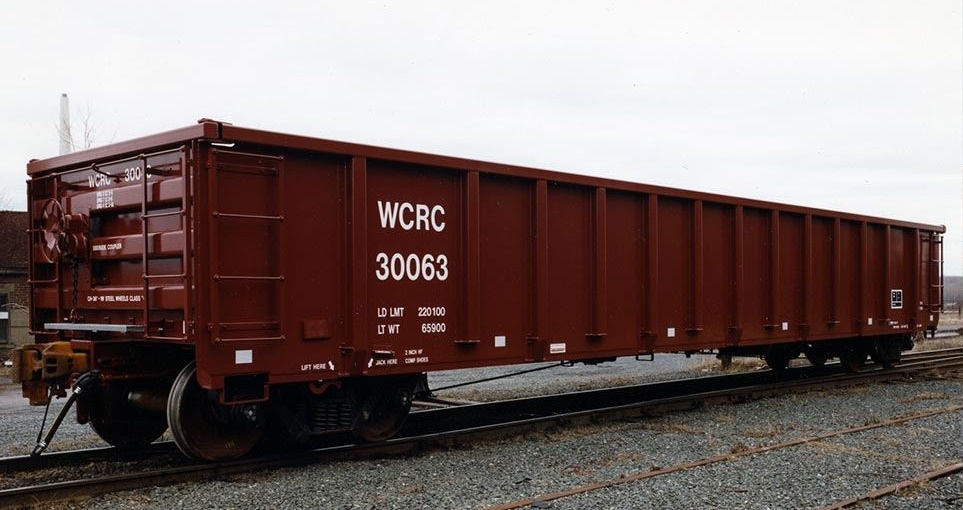 Mill gondolas are primarily used for steel mill products, including metal beams, pipe, coiled steel, scrap, wire and other finished mill products. Their drop end enabled them to carry items longer than the car itself (usually with idler flatcars on either side).
Through the 1950's most gondolas were 50-Ton cars; it grew to 70-Ton in the 1960's. From 1960's on, Thrall became a major builder of gondolas. Other builders included Pullman-Standard, Greenville, Bethlehem, Ortner, Evans/SIECO and Trinity.
These gondolas are still offered nowadays by major builders such as Greenbier or TrinityRail.